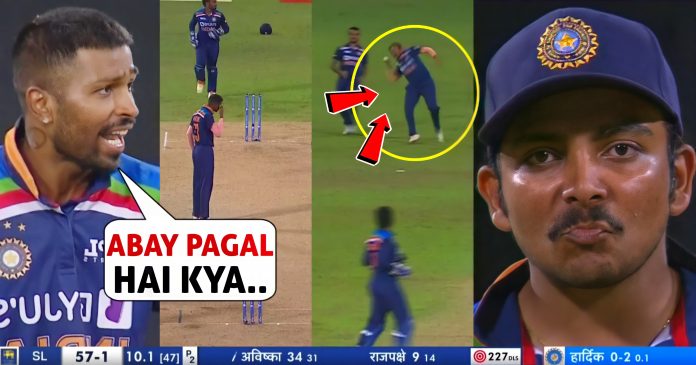 India are all out for a score of 225 in the third and final ODI vs Sri Lanka. The match was reduced to 47 overs a side as rain interrupted the game for a long time. However India were all out much before the quota of overs. They could only play 43.1 overs and ended up scoring just 225 runs. 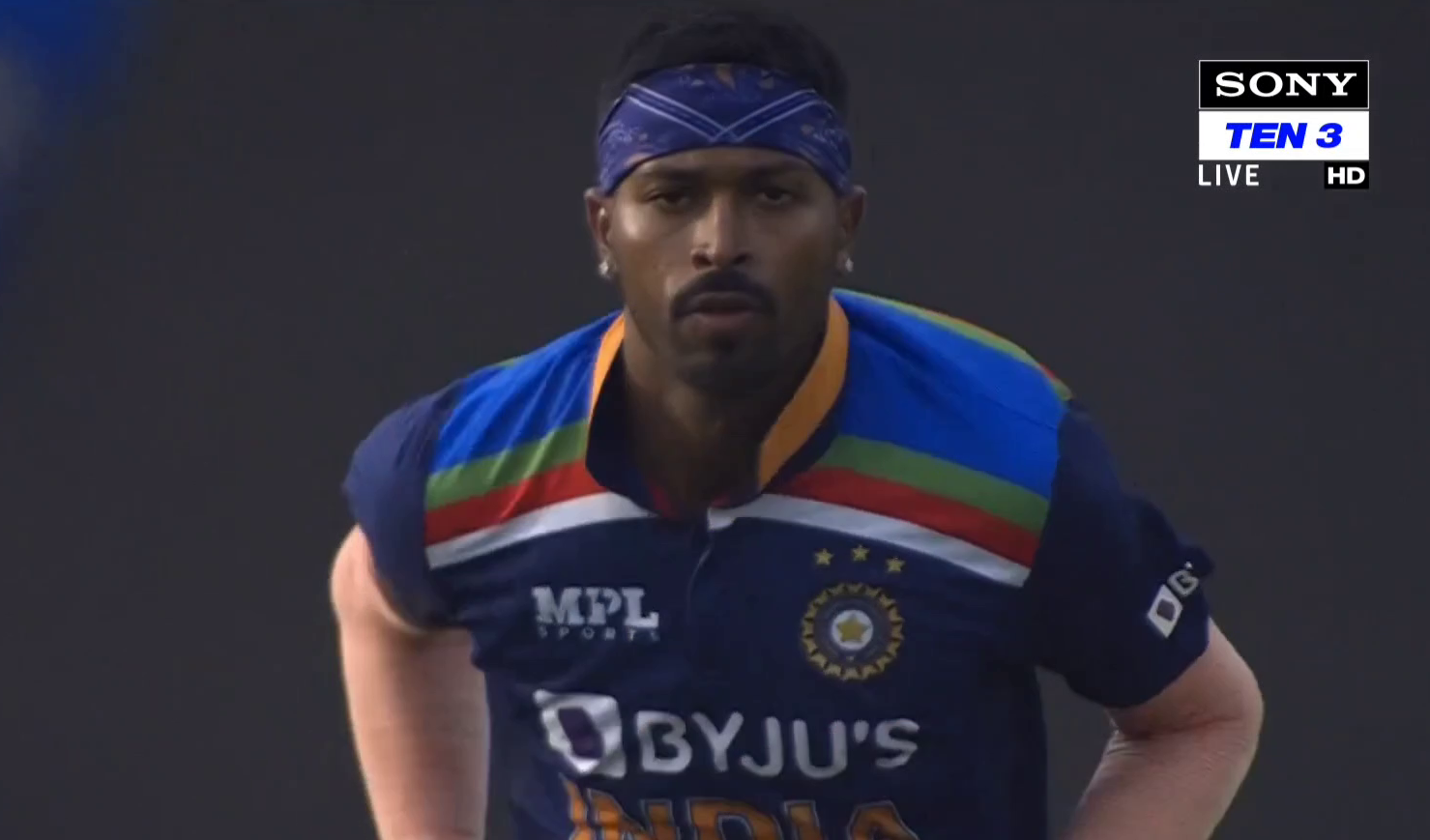 None of the Indian batsman could score a 50. Prithvi Shaw made 49 runs and was the highest run scorer for his team. Sanju Samson and Surya Kumar Yadav too made 46 and 40 runs before getting dismissed. Other than them none of the other batsmen could score much.

Chasing the target of 227 runs, Sri Lankan openers started on a positive note. Avishka Fernando and Minod Bhanuka opened the batting and added 35 runs for the first wicket. The former even pulled Navdeep Saini for a six over fine leg. It was a stunning shot.

An interesting moment happened in the match. Hardik Pandya was bowling to Avishka fernando who flicked one into leg side. The fielder present there was Prithvi Shaw who is one of the slowest Indian fielder. Consequently he was late in reacting to the ball and by the time he picked up the ball and threw it to the wicket keeper, the Sri Lankan batsmen had taken two runs instead of one.

Hardikn Pandya saw this and got really angry on Shaw for such a lethargic effort. Hence Shaw was quite embarrassed to get one from Pandya.