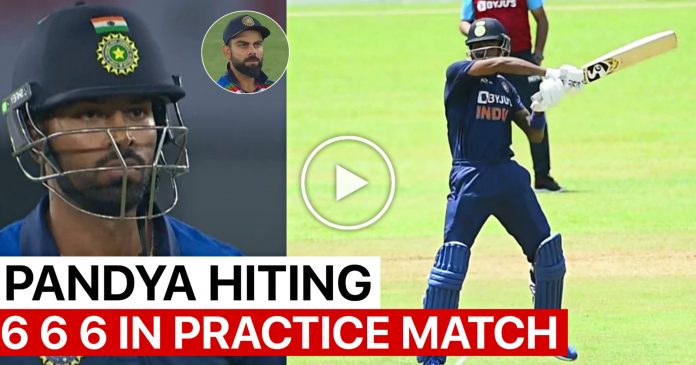 Hardik Pandya is one of the finest all rounders in international cricket. The thinly built right handed player from Gujarat can be brutal against bowlers. Be it against pace or spin, he can be hit some humongous sixes which belies his frame. Moreover his nippy seam bowling and electric fielding makes him a complete package of a cricketer.

Having made his international debut in 2016 vs New Zealand at home, Pandya immediately impressed everyone. He was given the new ball as he took 3 wickets for 31 runs and helped India skittle out New Zealand for just 190 runs. India easily chased the target down with loss of 4 wickets. For his brilliant bowling, Pandya was adjudged the man of he match in his debut match. Thus, he became one of the very few players to have achieved this feat.

After performing commendable over the next couple of years, Pandya had a major setback. He was injured seriously while playing the Asia Cup 2018 in UAE. It was later found out that he had back issues which led to the injury. Consequently he went for a back surgery in London which kept him out of cricket for many months.

Can Pandya regain his full fitness?

Since the surgery, Pandya has struggled with his bowling. He has cut down a lot on his bowling workload. Thus it has affected his stature as an allrounder and for the past two seasons, Pandya is playing the IPL as an specialist batsman. Moreover, he has lost his place in the Indian test side owing to the same reason.

However in the limited overs series vs England just before the IPL, Pandya bowled after a long time in international cricket. His 10 overs in the final ODI eventually proved to be the difference as India won the match and the series. This shows that when fully fit, Pandya is a genuine match winner for the Indian team and an irreplaceable asset.

Currently Pandya is busy in preparing for the limited overs series vs Sri Lanka. Accordingly he was a part of the intra squad practice match which the Indian players played ahead of the 3 match ODI series. The BCCI has uploaded a few pictures from the practice match and one of which is focused on Pandya.

In the picture, the allrounder can be seen playing a cracking shot towards leg side. With a lot of cricket coming in the next few months which also includes the important ICC World T20 in October, fans would hope Pandya carries his form in the future and wins matches and trophies for India with his all round skills.