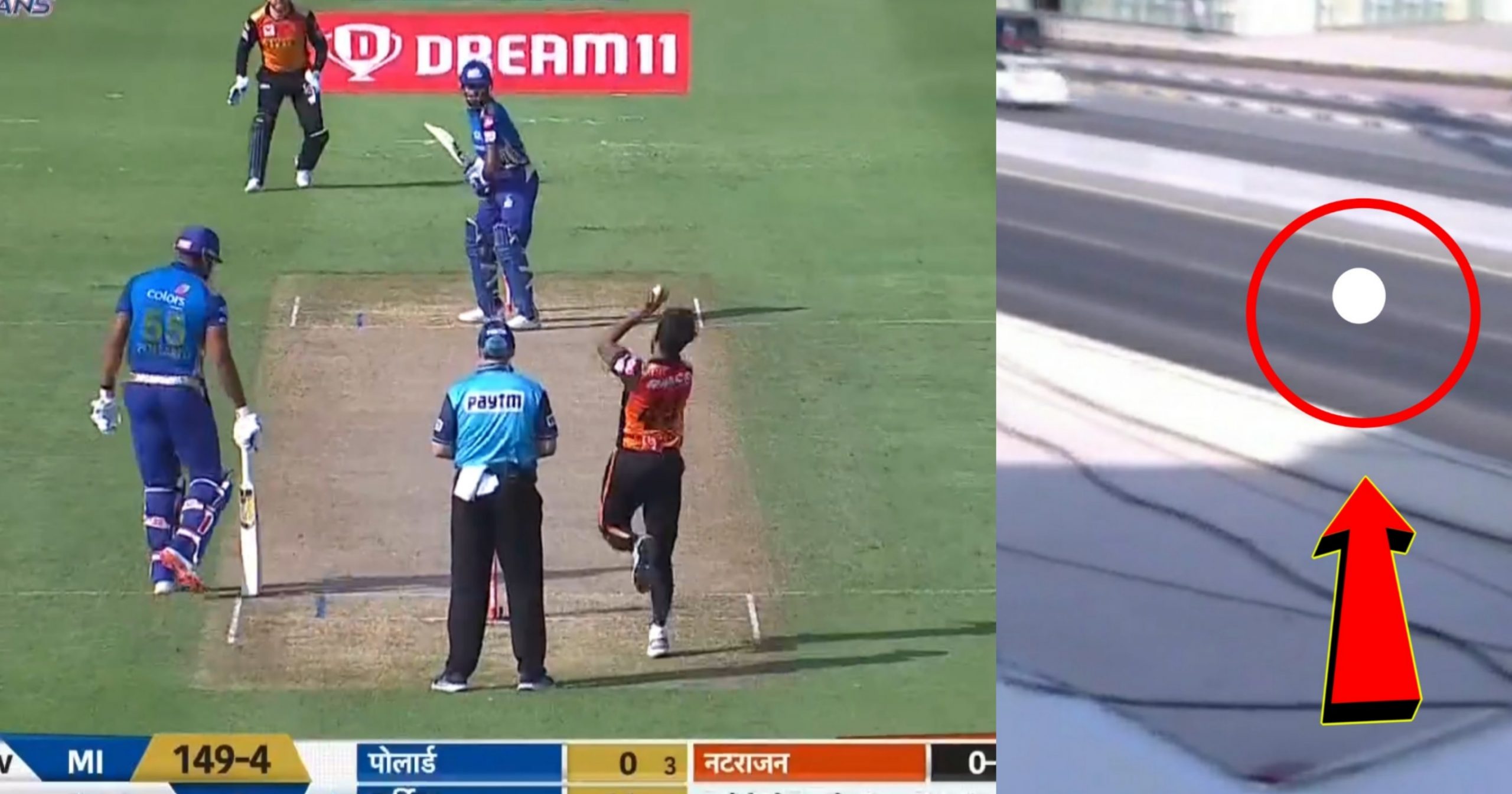 After winning the toss, Rohit Sharma decided to bat first at Sharjah. Being a smallest ground amongst the three venues, Sharjah has been a high scoring venue so far. Teams have managed to score over 200 on multiple occasions in this IPL so far.

Quinton de Kock found his lost form in this match, while Ishan Kishan continued his good form. However, Hardik Pandya’s six was the best shot of the match. Going into the death overs, there is need for massive shots for Mumbai Indians.

Pandya faced Natarajan, who is known for his death bowling skills. However, the bowler managed to bowl a fraction too short. Since the ball was angling across the right hander, Pandya eased into his shot. He clobbered it over deep mid wicket.

The six was so massive it landed directly on the road outside the stadium. Here is Hardik Pandya’s superb six on the evening.

Quinton de Kock is back to form and their top order looked in good touch despite losing Rohit Sharma in the very first over. On the other hand, the hard hitting of Hardik Pandya and Kieron Pollard in the lower order makes them the best batting lineup in this IPL so far.

Mumbai Indians Looks To Go To The Top

Defending champions Mumbai Indians have managed to win two out of their first four games. However, a win today will help them go back to the top of the table.

They are facing Sunrisers Hyderabad who are coming into the match with back to back wins. But the team are missing experienced Bhuvneshwar Kumar who was injured on Friday. They are definitely going to miss his bpowling skills inside powerplay and in the death overs. On the other hand, considering the brute batting power of Mumbai, they are favorites for this match.

Coming to head to head, both teams are evenly matched. Both Mumbai Indians and Sunrisers Hyderabad have won seven matches each. A win in this match would put either team in good stead as they will consolidate their position in the top half of the table.