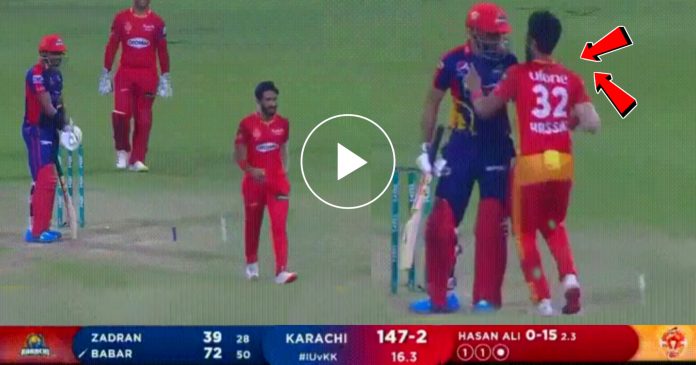 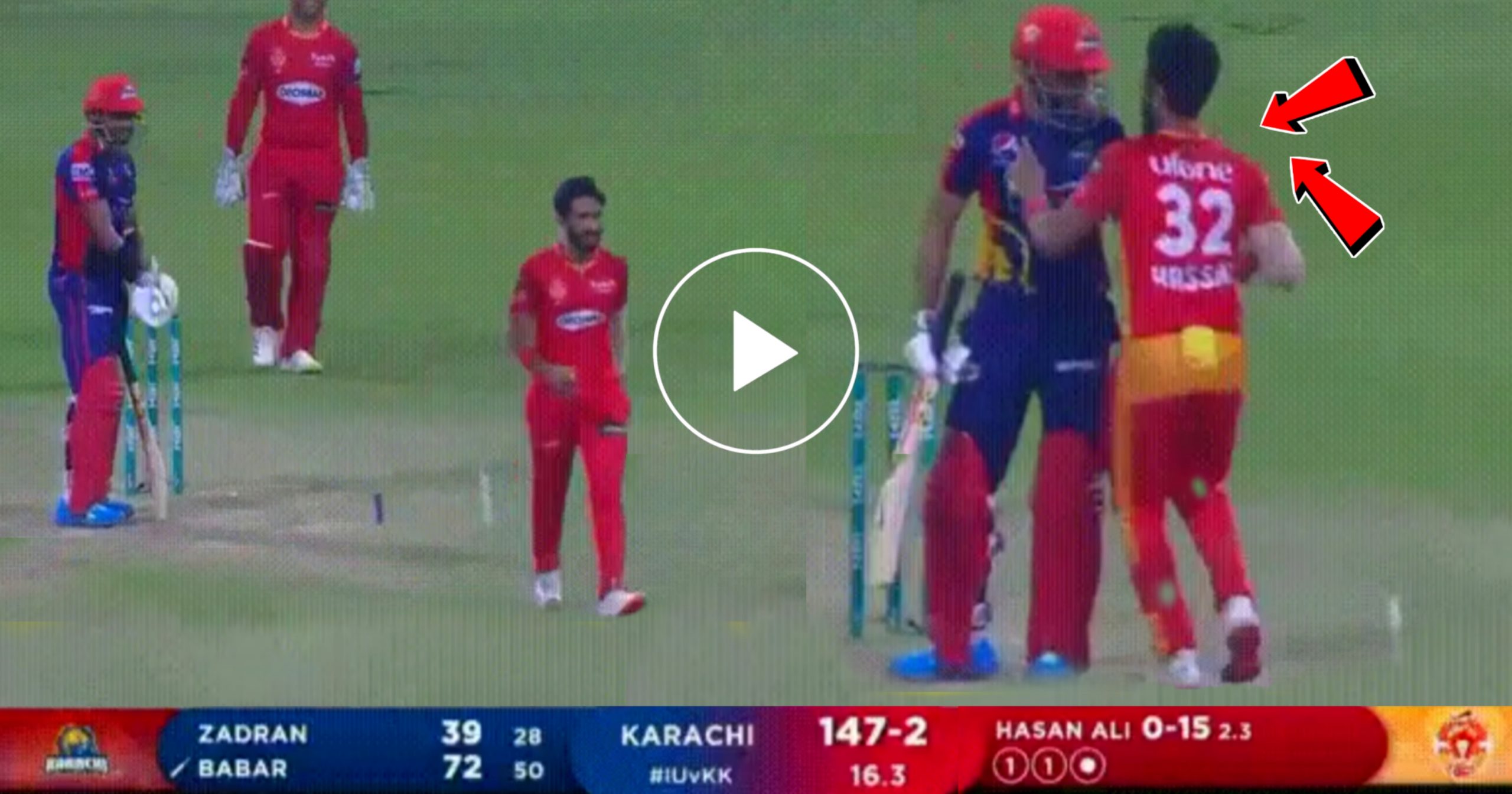 Amidst this, a funny moment happened in the league. Islamabad United and Karachi Kings were up against each other in the match. The opener of Karachi Kings, Babar Azam was batting at the score of 72 from 50 balls. In the 17th over of the innings, Hasan Ali came to bowl with score of Karachi at 147-2.

The funny incident happened on the fourth ball of the over. As soon as Hasan Ali ran to bowl, the handkerchief of Babar Azam fell on the ground. The umpire saw this and immediately called that passage of play as dead. However, the bowler kept running till he reached the crease where Azam was standing.

Hasan Ali then picked the handkerchief of the batsman, who also happens to be his captain of national side. Consequently, he put the thing into Babar Azam’s back pocket. After this, both the opposition players exchanged a smile and almost shared a hug in a funny way. The video of the incident went viral as fans of both the players loved their camaraderie.

Earlier in the match, Karachi Kings batted first. They managed a huge score of 190-4 in 20 overs on the back of half centuries from Babar Azam and N Zadran as they made a total of 81 and 71 respectively.

Chasing a target of 191 runs, Islamabad United knocked down the score in just 18.4 overs. The left handed Colin Munro belted 88 in just 56 balls and Iftikhar Ahmed smashed 71 in 39 balls. The duo added 150 runs in a mere 79 balls while blasting the opposition bowlers to all parts of the ground.

For his blistering innings of 71 in 39 balls that included 5 sixes, Iftikhar Ahmed was adjudged the man of the match. Also with this win, Islamabad United became the table topper of the points tally with 12 points in 8 games.