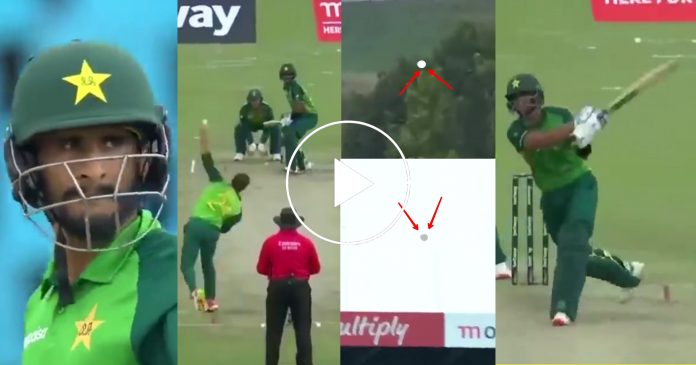 The ODI series between Pakistan and South Africa, ended in Pakistan’s victory. They, won the closely contested series by 2-1. The third ODI between, the two countries was played at Centurion. South Africa were, weakened by the departure of their star players for IPL. Quinton De Kock, Anrich Nortje, Kagiso Rabada, Lungi Ngidi and David Miller all departed to India, for playing in IPL after, second game had ended.

Naturally, a full strength Pakistan started favorites, against a depleted South Africa. It was the hosts who won the toss, and elected to field first. As usual, the top 3 batters for Pakistan scored heavily, and the middle order went missing again, for the third time in a row. While Zaman scored his, 2nd century of the series, Imam Ul Haq and Babar Azam hit 50’s.

A mini collapse followed as the next, 3 batsmen could not capitalize. Accordingly, a score of 214-2 quickly became 257-6. Consequently, Hasan Ali joined his skipper, Babar Azam as the slog overs came. Pakistan required quick runs to set up a competitive total that, their bowlers could defend.

In the 49th over of the innings, JJ Smuts, a part time spinner was brought into bowling. It was just the moment, Hasan Ali was waiting for. In the next 6 balls, 25 runs came off Ali’s bat as he hit 4 monstrous sixes. Moreover, it includes 3 consecutive sixes, on the last three balls of the over.

On the second ball of the over, Ali skipped down the track, and launched Smuts over the sight screen for a six. It was the, first of the four sixes.

A dot ball followed. The next ball was right in the slot, as Ali hit a lusty blow over long off for another 6.

The fifth delivery was a poor one. It was short and was duly spanked by the batsman, for third six of the over over mid wicket.

Another hit me delivery came right into, the hitting zone of Ali. Again, he made room and then hit through, the line for a six over long on.

All the four sixes went to different parts, of the ground and Pakistan crossed 300, in 49 overs. Besides, they finished with 320-7 as Ali remained unbeaten at 32* in 11 balls.

In reply, an inexperienced South Africa, could only manage 292 before getting, bundled out. Shaheen Afridi took 3 wickets, while opener Janneman Malan, was the top scorer for South Africa. He made 70 runs.

Watch the video of Hasan Ali bashing 4 sixes in an over: