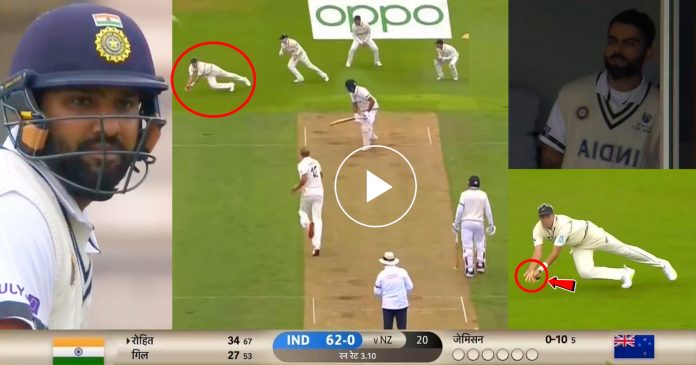 The mouth watering clash between India and New Zealand in the finals for ICC world test championship has just got a start everyone expected. Both teams were at even after the first session ended. India was at 69-2 after 28 overs and both teams could walk away in the dressing room with satisfaction. 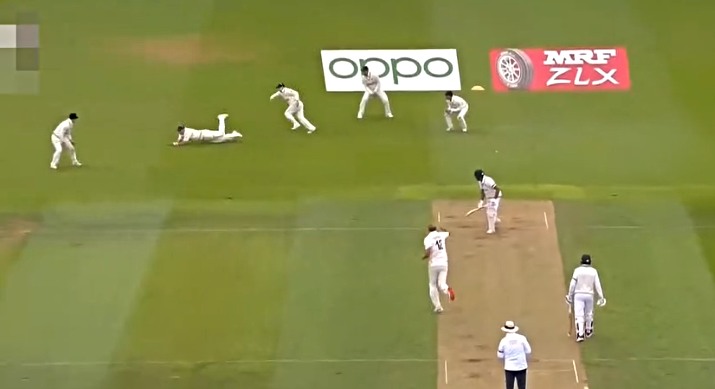 Two wickets which fell for India were of their openers Rohit Sharma and Shubhman Gill. The duo looked well set before they got out. Accordingly, both of them got off to a start but could not carry for long and became victim of some tight New Zealand bowling. Moreover, both the openers were dismissed behind the wicket, one of the most common mode of dismissal in England.

While being at the crease, the openers played some eye catching strokes involving cuts, pulls and cover drives. Unfortunately for India, none of the openers could convert their start into something substantial. However, before their partnership got broken, the duo added 62 runs for the first wicket and got the shine off new ball.

Rohit in particular looked in great touch while being at the crease. It was the typical Rohit cuts and drives by the ‘Hitman’. Just when he looked set for a huge score, he was dismissed by a corker of a catch by Tim Southee.

It was the 21st over of the Indian innings and the lanky pacer Kyle Jamieson came to bowl it. First ball of the over was a full ball and with the height Jamieson has got, the ball bounced more than Rohit anticipated. Moreover, the ball even swung late. Hence, Rohit was caught in two mind whether to play a drive or just defend the ball.

In the end, he could just jab his bat at the ball. Consequently, the ball took the outside edge and flew straight to third slips. The fielder stationed there was Tim Southee as the ball was quickly flying towards him. In a moment of brilliance, the fielder dived full length to his left and plucked the ball out of thin air with both hands! It was a stunning catch by the veteran 32 year old seamer. The catch made sure India lose Rohit Sharma for an individual score of 34. Moreover, New Zealand saw the back of him before he got score big.

Watch the video of catch here: