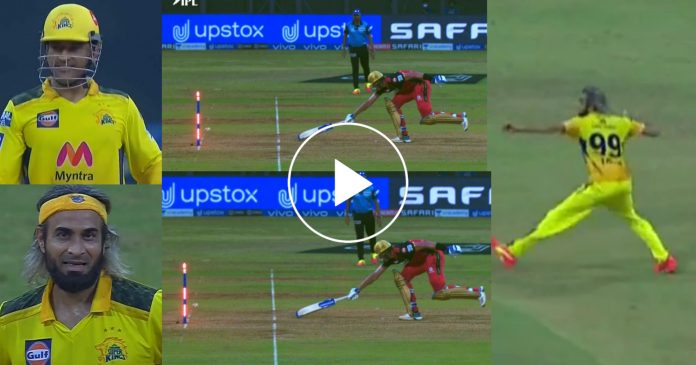 It was a one sided match between Chennai and Bangalore, today at Wankhede stadium, Mumbai. Chasing a target of 192 runs, Bangalore could only muster 122 for the loss of 9 wickets in 20 overs. Ravindra Jadeja was the wrecker in chief of Bangalore, with both bat and ball. 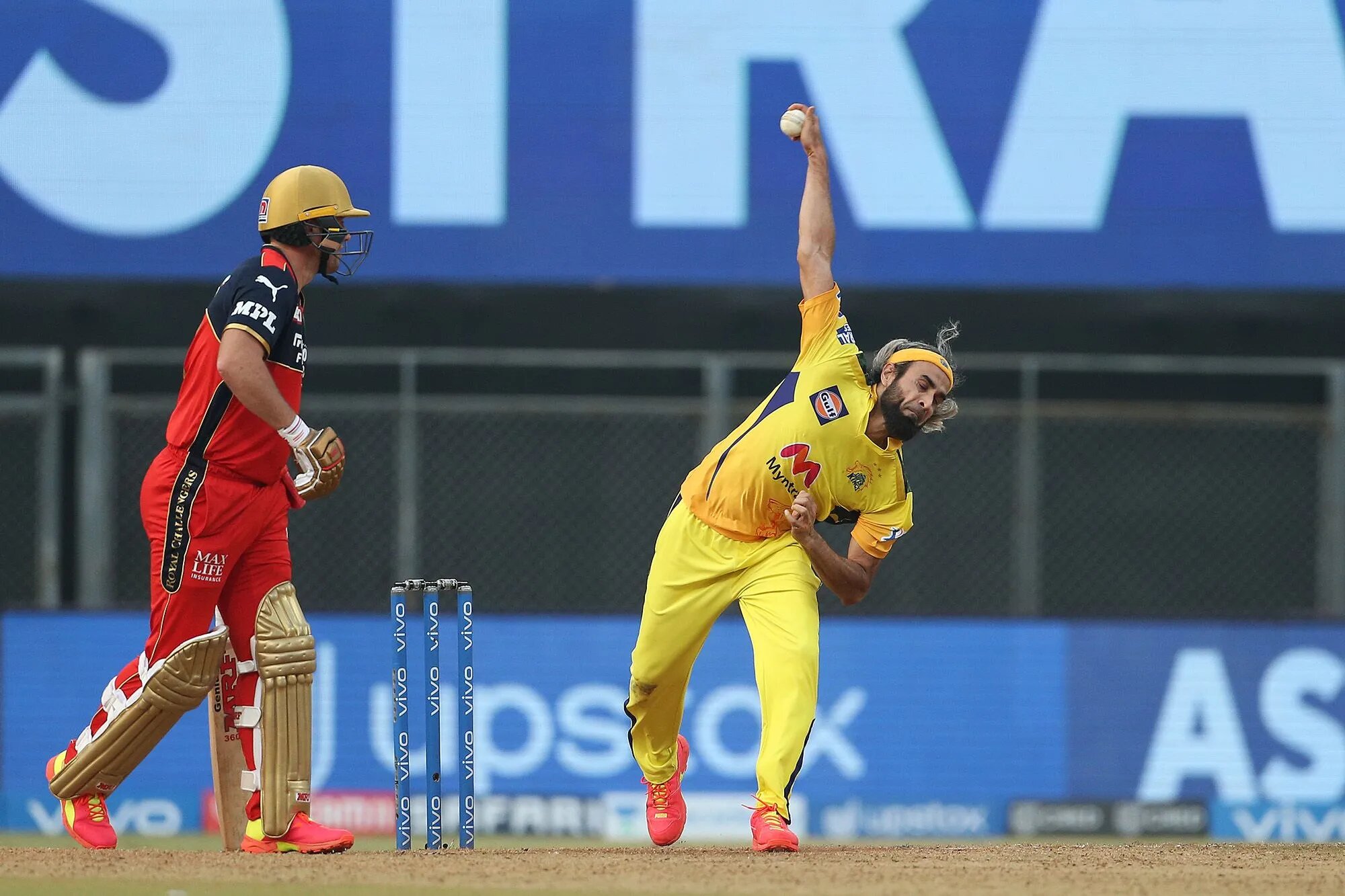 Batting first, Chennai ransacked 191 runs in 20 overs, for the loss of 4 wickets. It was owing, to the brutal hitting of Jadeja, in the last over. The left hander all rounder brutalized Harshal Patel, for 37 runs in the last over as Chennai made 191 runs. Jadeja, finished with 62 runs unbeaten in 28 balls. That included 5 sixes, all of which came in the last over.

Chasing a target of 192 runs, Bangalore had a blitzkreig start with the bat. Their skipper Virat Kohli, however was out after making just 8 runs in 7 balls. He fell at the score of 44 in 3.1 overs. This wicket set about a collapse for Bangalore, from which they could not recover till the end.

However, one interesting moment happened in the match.

With Tahir patrolling the area, he thought that it would be an easy single. After all, Imran Tahir is a 41 year old man and it’s unfair to expect from him, the rapidness of a 21 year old athlete.

But, Tahir managed to do the unthinkable. He came running towards the ball, quickly picked the ball and released it in one motion. The ball threw down the stumps at the strikers end! Jamieson was short of the crease and was out.

He hit the stumps, even with just one stump to aim at. Tahir was overjoyed and ran, around the ground, involved in a celebration like only he can. It was a testament, to the fitness of the 41 year old Tahir.