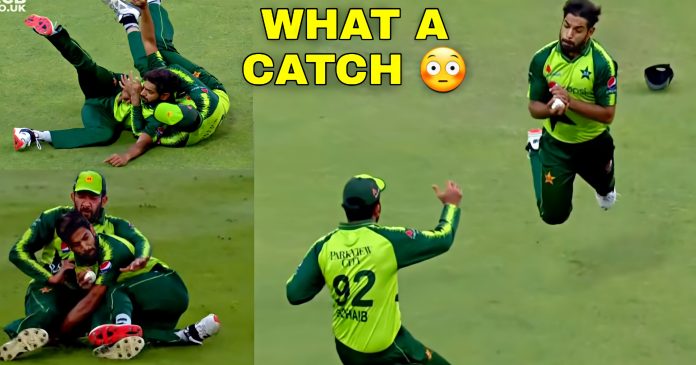 After a pasting in the ODI series vs England, Pakistan have come back in style. The tourists were whitewashed 0-3 to a second string English side. Hence there was a lot of criticism for Pakistan team from fans and critics alike.

In the first T20 played at Trent Bridge in Nottingham, Pakistan beat England by 31 runs in a high scoring contest. Batting first Pakistan made a record score of 231 in 20 overs. In reply England were bundled out for 201 runs in 19.2 overs.

For England, Liam Livingstone played a blinder. He smacked the quickest century by an English batsman in T20 cricket. It took him just 42 balls to achieve the feat. While he was at the crease, England had their hopes still on. But as soon as he was gone, Pakistan were the only team who could have come out victorious.

Unlike the ODI series, England played their first choice players in the T20. Coming after a forced break of 15 days, the English batters looked rusty. It showed in the way they struggled for runs on a belter of a wicket.

Meanwhile during England innings, there were two moments of brilliance by the Pakistani fielders which lit up the stadium. Both of them were sensational catches which resulted in  decisive turning point of the match.

The first amongst it was a low one handed catch. It was Dawid Malan in the second over of the innings when he tried to drive a Shaheen Afridi delivery over mid off. However he was beaten by the pace and could only toe end the ball back to Afridi. The left arm pacer then saw that the ball is dying so he dived to his right side and plucked the ball out of thin air inches off the ground. It was a stunning effort.

Second amazing catch was in the outfield. In the 5th over of the innings, Moeen Ali attempted to pump a length ball over cow corner. However the ball took more elevation than distance. There were two fielders getting ready to take the catch. In the end it was Haris Rauf who dived forward and took the catch. Moreover he almost collided with Sohaib Maqsood the second fielder.

Fortunately none of them got injured as Pakistan celebrated their second wicket.