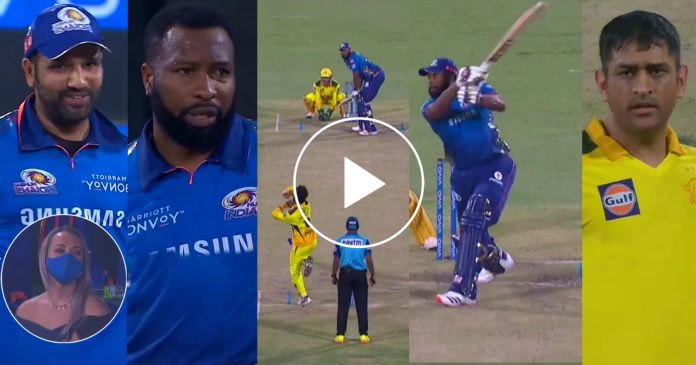 Kieron Pollard once again showed that he is an all time great of Indian Premier League. The burly batsman from West Indies won the match almost single handedly for Mumbai. They chased down a record total of 218, in a game of epic proportions that went down to the wire. 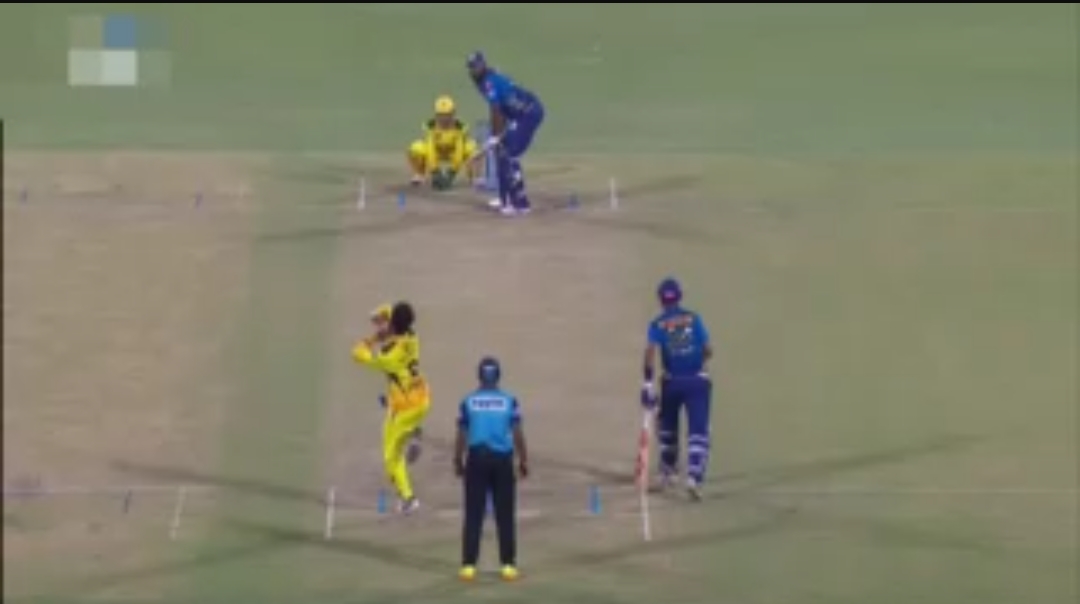 Two runs were required on the last ball and Pollard successfully hit the winning runs on the ball of Lungi Ngidi, who had an off day. Hence, he finished his quota of 4 overs with a disappointing figures of 4-0-62-0.

Pollard came to bat at number 5, after the departure of Quinton De Kock. Mumbai required a further 130 runs in the last 10 overs and the pressure was on them. If there was one man who could have taken them to victory, it was Pollard. And, he actually did it.

His first six came on the sixth ball he faced. Jadeja was bowling the over as Pollard pumped him over long off for a six. Moreover, this was a sign of things to come.

On the last two balls of the same over, Pollard thumped Jadeja for two successive sixes. The fifth ball of the over was walloped over extra cover by a powerful blow.

After hitting sixes over ong off and extra cover, Pollard went for the other area. He bashed a six over long on as now, he was up and running.

Pollard wins it for Mumbai

Lungi Ngidi had the same treatment as that of Jadeja. Pollard whacked him also for two consecutive sixes in as many balls. First, it was a short ball that vanished over mid wicket for a massive six by Pollard.

The next ball was sent over long on,  as the West Indian was now in his peak zone. Shardul Thakur bowled the next over and he too was welcomed with a six by Pollard. Also, he completed his 50 in the same over, in just 17 balls.

At the end, it came down to last over. 8 runs were required to win off final two deliveries. Under pressure, Pollard delivered in some style. The penultimate ball was disappeared over square leg for a six. A brace followed on the last ball, to spark massive celebrations in Mumbai camp. He finished with 87* in just 34 balls and was the man of the match.