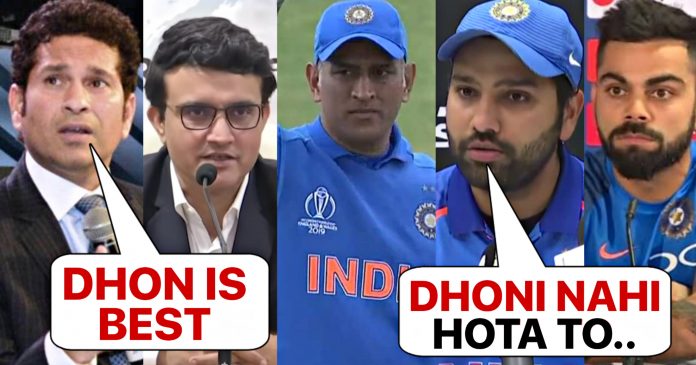 The legendary Indian cricketer and former great captain MS Dhoni has his 40th birthday today. No words are good enough to describe the achievements and legacy of Dhoni. Starting his career as a 23 year old in 2004, a young Dhoni was all about brute strength and long hair. In the year 2007, Dhoni was appointed the captain of the Indian team in T20 world cup.

It was the start of the glorious captaincy stint of Dhoni. Accordingly he led team India to victory in the T20 world cup as a young Indian team outclassed the much more experienced teams. Besides it was followed by another unprecedented victory next year. India won their first major tournament in Australia defeating the home team twice in the finals in 2008.

The pinnacle of Dhoni’s leadership occurred in the 2011 World cup of 50 overs. Hence under his captaincy, India won the much coveted ICC trophy after a gap of 28 years. This victory put Dhoni in the pantheon of India’s greatest ever cricketers. Moreover two years after this, Dhoni led India to another ICC tournament victory as they won the Champions Trophy 2013 in England.

Equally important, Dhoni was magical in the IPL as well. Consequently under his tenure, Chennai Super Kings won the IPL thrice. Moreover Chennai became one of the strongest teams of the tournament.

Dhoni’s last match was in the 2019 World cup of 50 overs where despite his heroics with the bat, India lost the semi final narrowly against New Zealand.

In an international career that spanned for close to 15 years, Dhoni left an unforgettable legacy on Indian cricket. Moreover he will be classified as one of the finest leaders in international cricket. Additionally, Dhoni remains the only captain to win all three major ICC trophies.

With him celebrating his birthday today, there is an outpour of emotions and birthday wishes by current and former Indian players. Almost every Indian cricketer has wished Dhoni on his birthday on various social media platforms. Furthermore these includes Sachin Tendulkar, Virender Sehwag, VVS Laxman and current Indian captain Virat Kohli to name a few.

Wishing you a very happy birthday @msdhoni You have been a friend, brother & a mentor to me, all one could ever ask for. May God bless you with good health & long life! Thank you for being an iconic player & a great leader.#HappyBirthdayDhoni ❤️🙌 pic.twitter.com/qeLExrMonJ

To my forever love and my greatest friend, happy birthday Mahi bhai 🤗 Only love for you ❤️ @msdhoni pic.twitter.com/Fs6BtdWzvR

Dada taught us youngsters how to win and Dhoni made it into a habit. Two great leaders from different eras born just a day apart. Happy birthday to the men who shaped Indian cricket.@msdhoni @SGanguly99 pic.twitter.com/l8F7qaPlWr

It’s a feeling that will always ignite when your around me… salute to the legend. Happy birthday Mahi bhai ❤️🤗 pic.twitter.com/xebk2swwSH

Happy bday @msdhoni bhai🎂. You are an inspiration to me & millions of people around the world. Wish you nothing but the best. 🤗♥️ pic.twitter.com/iHTWOqXNpN

Happy birthday to one of the greatest, an inspiration to many. Have a good one mahi bhai @msdhoni 🚁❄️ pic.twitter.com/VC0XsAIuhz

Wishing @msdhoni a very joyful birthday. May he experience ever more love and joy and continue to inspire in the times to come.#HappyBirthdayMSDhoni pic.twitter.com/XfFCxW0qDY

Wishing you a wonderful year ahead full of joy and good health. pic.twitter.com/uyeqtBm7UW