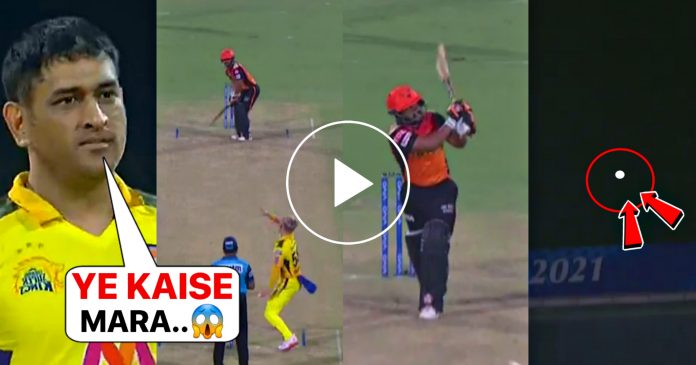 Kane Williamson and Kedar Jadhav added 37 runs for the fourth wicket in just 13 balls to take Sunrisers Hyderabad to a score of 171. The two of them, smashed the bowlers of Chennai to all parts of the park in final 2 overs. Moreover, in the 19th over of the innings, the duo belted 20 runs and the last over fetched 13 runs. 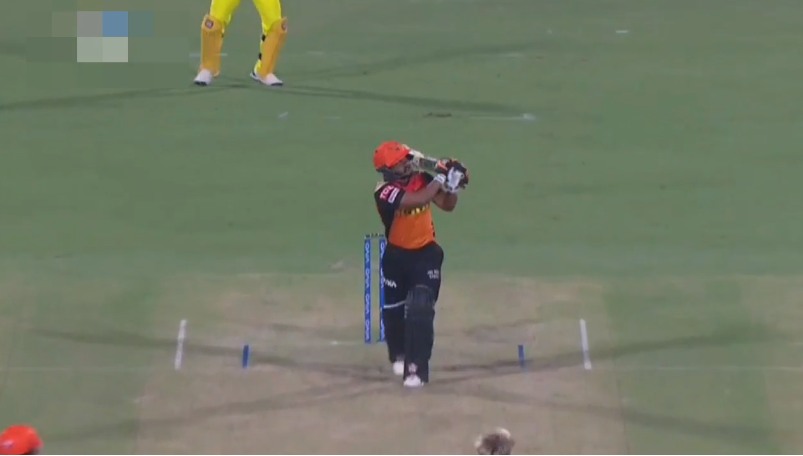 Shardul Thakur bowled the 19th over. This is how the over went.

The first ball was a length ball and was drilled towards long on for a single.

Williamson was on strike, on the second ball of the over. It was a low full toss and the batsman whipped it off his pads for a four.

Third ball of the over was a full and wide one, outside off. Hence, Williamson launched it over cover point for a stylish six.

Fourth ball of the over was again belted for a four. Williamson came down the track, converted the delivery into a full toss and punched it into the leg side.

There was no respite for Thakur on the fifth ball as well. Consequently,  It was a slower ball bouncer from Thakur and the batsman just guided it over slips for the fourth consecutive boundary of the over. Then, a single was taken on the last ball as Williamson kept the strike to himself.

The last over was bowled by Sam Curran. He bowled brilliantly on the first four deliveries, conceding just 3 runs. On the fifth ball of the over, Curran bowled a short ball outside off. Jadhav carved the delivery over slips for a four, with a ramp shot.

On the last ball of the over, Jadhav smashed a sensational shot. It was a typical Jadhav six. He sat down on one knee and whacked a full length delivery over square leg for his first maximum in IPL since 2019.

In the end, Williamson finished with 26 runs and Jadhav remained unbeaten at 12 off 4.

Watch the video of the last over and Jadhav’s six: