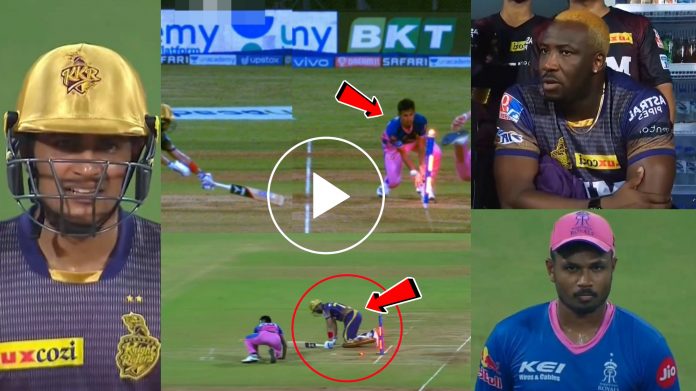 Kolkata Knight Riders is up against Rajasthan Royals at Wankhede in Mumbai, in a important match of the IPL. These teams are, at the bottom two positions of the points table. Both the franchises would look to win, this game and improve their position, in points section and get above the bottom two. 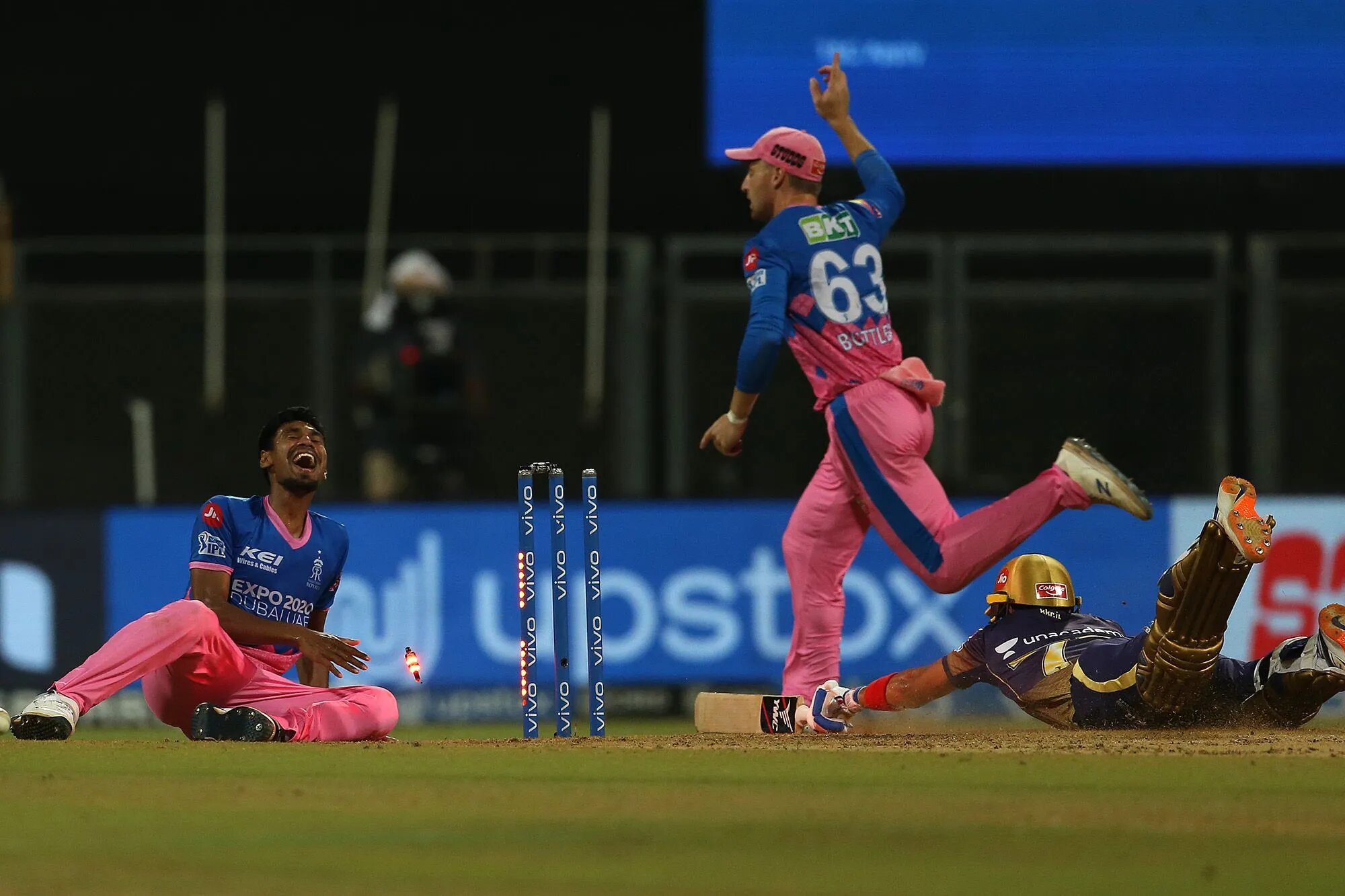 The first three bowlers for Rajasthan, were all left arm pacers. They were Jaydev Unadkat, Chetan Sakariya and Mustafizur Rehman. All of them, bowled with consistent line and lengths, as the Kolkata openers struggled for fluency.

Shubhman Gill was the main culprit, for slow batting of Kolkata. He looked sluggish right from the start, as the pressure of dot balls got to him. He got out to a brilliant fielding effort from Jos Buttler. Hence, after the power play ended, Kolkata Knight Riders were 25-1 after 6 overs.

Great run out by Buttler

However, there was one amazing moment of Jos Buttler and his, world class fielding skills. It was the over of Mustafizur Rehman and the last over of powerplay. On the fourth ball of the over, the left arm seamer bowled a Yorker length delivery to Gill. He defended in to the off side and ran straight away for a single.

Unfortunately for Gill, Jos Buttler was standing at short covers. He came running from the covers, instantly picked the ball and released the ball while, diving forward. Moreover, his throw hit the stumps down at non strikers end, despite having only one stumps to aim at.

It was a sensational piece of work, as Gill was caught short of the crease, when the ball hit the stumps. The batsman was out as his, sorry innings of 11 in 19 balls came to an end. It was totally the result of his slow innings, that he tried to run for a non existent single and ended up losing his wicket.

Watch the wicket of Gill here:

AUS vs IND: Star Player Ruled Out of Test Series Before Third Test

Watch : Rishabh Pant brave batting against New Zealand. Plays like a one man...