One of the reasons why Kolkata and Hyderabad teams are so popular is that these teams contain the two most exciting cricketers of T20 format. Both of them are genuine match winners for whoever teams they play for and whatever tournament they are participating in. The names of these two players are Andre Russel and Rashid Khan. 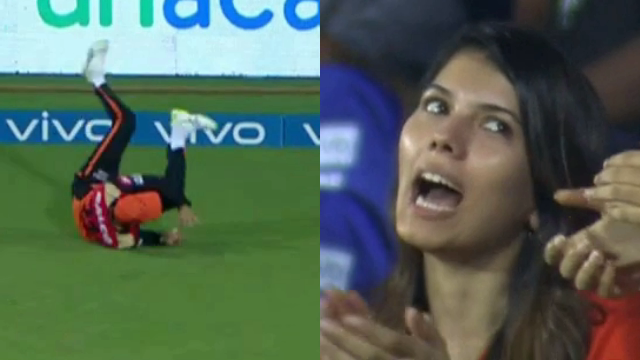 Andre Russel is a burly West Indian who can muscle sixes at will and can contribute with the bowl as well. Rashid Khan is an Afghan whose leg spinners have been bamboozling the batsmen from across the world. No one is as successful as him in current international cricket when it comes to leg spin.

That is why the clash of these two teams was eagerly awaited. Fans wanted to see the clash of Russel and Rashid. It is a well known fact that most of the West Indian power hitters like Russel, Pollard and Bravo have struggled against quality spinners. Rashid Khan, being the best spinner of the world knew this.

Rashid vs Russel –  Rashid wins this round!

As soon as Andre Russel came to bat, the opposition captain David Warner threw the ball to his trump card Rashid Khan. It was a battle that could well have been proved decisive. It was the 17th over of the innings. Rashid bowled a dot ball on the first. The next ball was a bit flighted but still quick and into the legs of Russel.

The West Indian being the power hitter he is, backed himself to clear the long on. However, he mistimed the shot and could only toe end it. The ball then went up in the air flat towards long on where Manish Pandey was standing. As the ball was dying on him, he dived full length in front and took the ball inches away from ground.

It was a good catch and still, he just threw the ball back into play. Everyone appreciated the catch. One of the person to clap for the catch was none other than the Sunrisers Co owner Miss Kavya Maran. She is popular amongst fans owing to her regular presence at the Hyderabad matches and also her attractive looks.

Her reaction after the catch where she was seen clapping was instantly recorded and it became quite a hit on social media.

Watch the reaction of the girl here:

Watch Rishabh Pant does an MS Dhoni like stumping