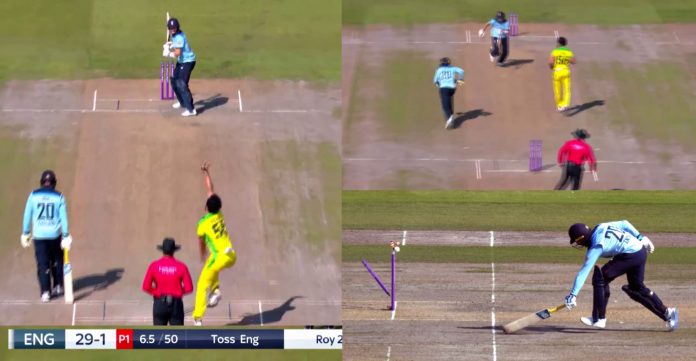 Australian cricketer Marcus Stoinis produced a brilliant moment in fielding to dismiss Jason Roy. Australia are currently playing their second ODI against England in the three match ODI series at Manchester. The visitors already lead the series 1-0 after an impressive win earlier this week.

A win in this match will seal the series for the visitors who had lost T20I series last week. England won the toss and chose to bat in this do or die clash. However, Mitchell Starc dismissed Jonny Bairstow in fifth over for 0. But Jason Roy was going strong at the other end.

During the final delivery of seventh over, Joe Root pushed the ball towards cover. He tried to grab a quick single but Marcus Stoinis was attentive to the situation.

He immediately charged towards the ball and aimed to hit the stumps. Stoinis managed to dismiss Jason Roy easily with his brilliant athleticism. He had the choice to dismiss either Roy or Root as both were options to him at the time.

But Stoinis decided to spear a throw towards the batting end. Jason Roy was not even in the picture and was run out when he was looking dangerous. Australia are in firm hold in the first 15 overs of their bowling at the time of writing.

An excellent piece of fielding.

Both Australian and England cricketers who are associated with IPL will travel to Dubai on September 17. The three match ODI series will be concluded on Wednesday. But they might be asked to undergo the mandatory quarantine.

However, there are reports that the players could be allowed to take part in team training immediately. Meanwhile, Marcus Stoinis is an important player for Delhi Capitals this year. 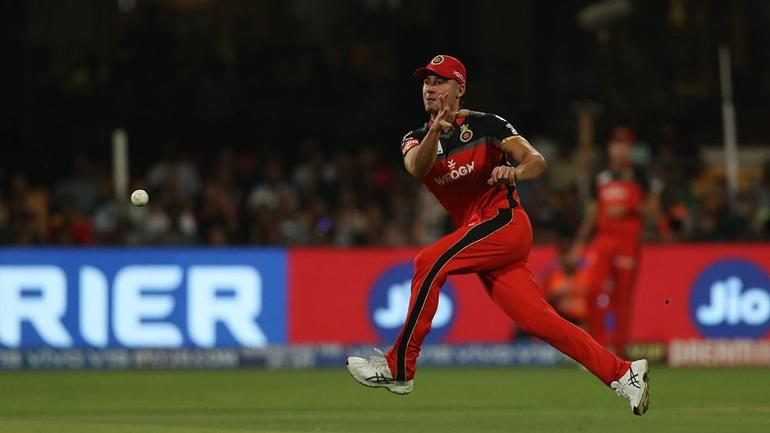 He is the perfect all rounder in their lineup as he can deliver in all the three departments. The team are looking to land their maiden IPL title. It remains to be seen how the franchise will use him in this year’s edition.

On the other hand, Jason Roy decided to pull out of IPL 2020 due to fitness problems. The cricketer is looking to enhance his fitness by taking some time off after the end of this ODI series. Delhi Capitals will miss his services but they have a very strong Indian batting lineup to take on any challenge.

IPL will begin on September 19 in United Arab Emirates. Chennai Super Kings and Mumbai Indians will go head to head in this curtain raiser.

Watch Rishabh Pant run out due to Virat Kohli’s mistake.