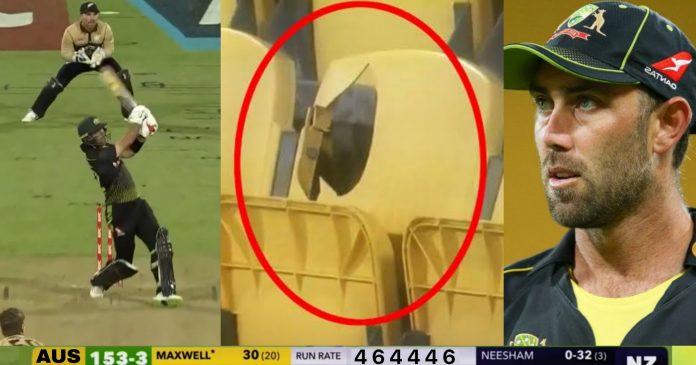 Glenn Maxwell was in the mood today at Westpac Stadium in Wellington. The third T20 game, which Australia had to win to stay alive, in the 5 match T20 series, saw, the best of Maxwell.

The Big Show was at his most brutal and his 31 ball 70, set up the base for a thumping Australian victory. They won the game by 64 runs and are still in the fray to win the series.

Winning the toss, New Zealand decided to field first. However, their decision did not prove to be a fruitful one as Australia ransacked 208-4. The bulk of the scoring in the first 10 overs, was done by the Australia captain Aaron Finch, as he completed his 50 off 34 balls.

Finch made 69 off just 44 balls as, he came out of his poor form and a rut of cheap scores. However, the star of the night for Australia with bat, was none other than, Glenn Maxwell aka The Big Show/Maxi/Mad Max!

Maxwell plundered 70 runs off a mere 31 balls, including 8 fours and 5 sixes. Additionally, the most severe punishment was reserve for, the Kiwi all rounder Jimmy Neesham. The poor medium pacer was smashed to all parts of the ground. He finished with sorry figures of 4-0-60-0!

One of his 4 overs was the 17th over of Australian innings. This over is the one that will go down as, one of the most expensive overs in T20 cricket.

The Big Show, who was all set and ready to launch took a special liking for military medium of Neesham. He pumped the poor bowler for 28 runs off the over, as he went 4,6,4,4,4,6!

But, even in this over, something incredible happened. It was the six which Maxwell hit on the second ball of the over. It was a slow short delivery by the bowler, but Maxwell, dealt it with, in the most severe fashion.

He went back deep into the crease, and absolutely nailed his hit for six, over mid wicket. Such powerful was his shot that the ball flew into the stands, rammed into an empty seat of the stands and broke through it! It broke the plastic furniture!

Here is the link to that broken chair’s picture-:

This stunning hit by Maxwell has once again given a lot of hope, to fans of Maxwell who are expecting some fireworks, from his bat in this year’s IPL.

Maxwell will be playing for Royal Challengers Bangalore, in 2021 season of IPL, under Virat Kohli’s captaincy!

Watch the shot which broke the furniture in stands -: