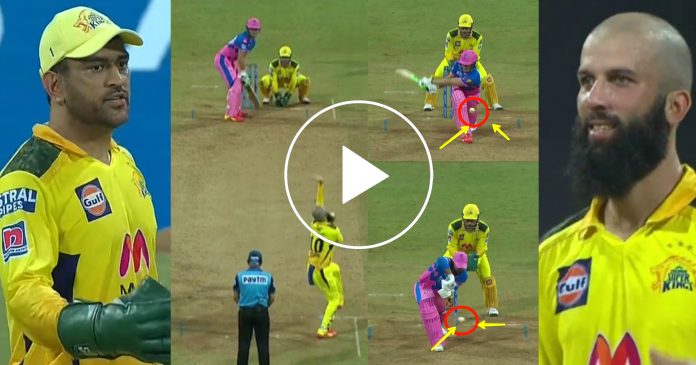 Moeen Ali was adjudged the man of the match in today’s match against Rajasthan Royals for his all round performance. He struck with both bat and ball. First, Ali made 26 valuable runs in 20 balls and hit two 6s. But it was mainly his bowling which gave him the man of the match. In a brilliant spell Moeen Ali bowled 3 overs and gave 7 runs. He picked three wickets and totally killed the game for Rajasthan Royals. 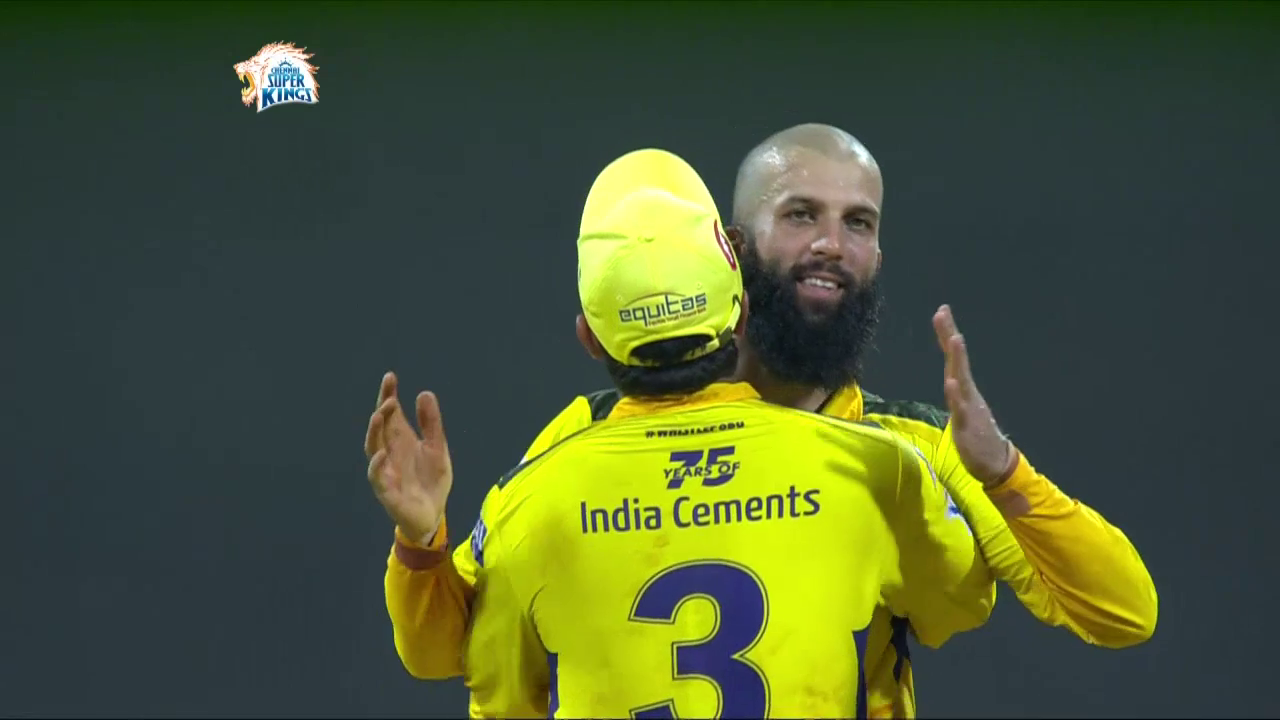 Ali came to bowl in the 13th over and quickly struck when David Miller, the new batsman tried to sweep him. However, it was a turning delivery. Hence, Miller could not attempt the shot properly. The ball pitched around off stump and Miller tried to make room for the sweep. But the ball beat his attempted sweep and crashed into his pads.

The umpire instantly gave him out. Only two runs came in the first over of Ali and he picked up a wicket. But it was in the next over when MoinAali totally finished off the game for Chennai Super Kings.

At that stage they required 94 runs from 36 balls. But they had the big hitters Riyan Parag and Chris Morris to follow. On the first ball Moeen Ali bowled a length delivery outside off but Parag tried to slog sweep it over deep midwicket. The ball just about turned enough to miss time the shot and Riyan Parag was out caught at mid wicket.

Parag made only 3 and Ali struck second time in his last three deliveries. Chris Morris defended on the next ball. But on the third ball Morris tried to do again what Riyan Parag could not do. He also tried to launch Moeen Ali over deep mid wicket. But just like Parag, he holdi out at mid wicket.

It was a length ball and Morris tried to use his immense power to send it over mid-wicket. But he was easily taken there by Ravindra Jadeja. Morris could not open his account and Moeen Ali had struck for the third time in his fifth delivery. His spell after 2 overs read 2-0-3-3!

Watch : Rishabh Pant emotional statement about Dhoni before the Final.