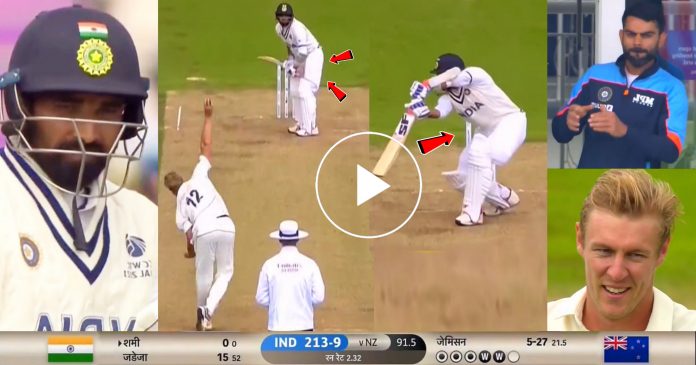 The Indian team was bundled out for an ordinary score of 217 on the third day of the Rose Bowl Test. Starting the day at 146-3, Indian fans hoped that their team would score a minimum of 300 runs in the first innings. However, that did not happen as the Indian batting order collapsed within 68 runs due to some fantastic display of seam and swing pace bowling by Kiwis led by Kyle Jamieson. The 6’8 inch Jamieson was the wrecker in chief for India as he took 5 wickets for 31 runs. 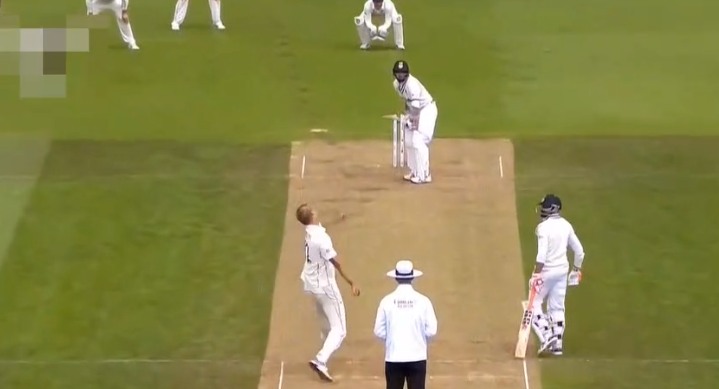 It was Virat Kohli who was dismissed in the fourth over of the day. He was found in front of the wicket by Jamieson by an inswinger. Rishabh Pant at number 6 also could not trouble the scorers by much as he was gone after hitting a solitary four. He edged to slips and like Kohli, was a victim of Jamieson.

Ajinkya Rahane played some quality strokes on the other end but just as he looked good for a 50, the Indian vice captain was dismissed. He chipped one straight to square leg for an individual score of 49 runs. The next man in Ravichandran Ashwin looked in hurry and wanted to score quick runs. Accordingly, he hit 3 fours in his brief stay of 27 balls and made 22 runs. Ashwin was dismissed by Tim Southee as he tried to drive through covers and edged to slips.

The last 3 Indian wickets fell within a space of 4 balls as Kyle Jamieson took a fifer. First it was Ishant who gave a catching practice to slips followed by Bumrah who was caught LBW on the next ball. Bumrah was gone for a golden duck and India had lost 2 wickets in 2 balls. Moreover, Jamieson had his 5 wickets with the dismissal and had a chance to get the hat trick. Enter last man Mohammad Shami to face the hat trick ball.

It was half volley from the tall pacer as Shami smashed a shot through point. Consequently, the ball raced away for a four. It was an interesting way to deal with he hat trick ball. Moreover, both Jamieson and Williamson were shocked that a number 11 batsman had hit a four against them.

Watch: Rishabh Pant Suffer Elbow Injury in Cummins Bowling He has been taken for...