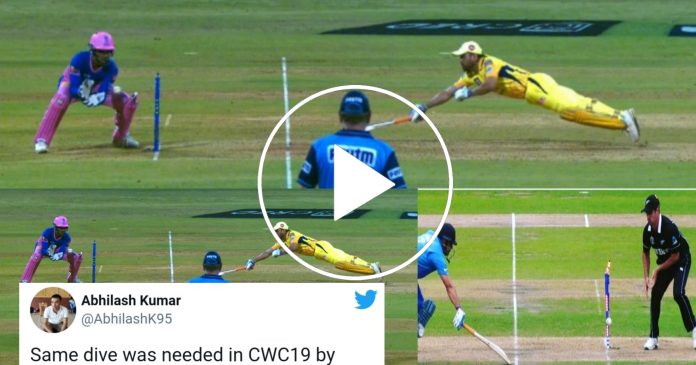 Chennai Super Kings won the match against Rajasthan Royals by 45 runs in a one-sided encounter. Batting first, Chennai made 188-9 in 20 overs. In reply Rajasthan Royals could only manage 143-9 in their allotted 20 overs. Moeen Ali was got the man of the match. However one moment in this match involves around the retired Indian captain MS Dhoni. 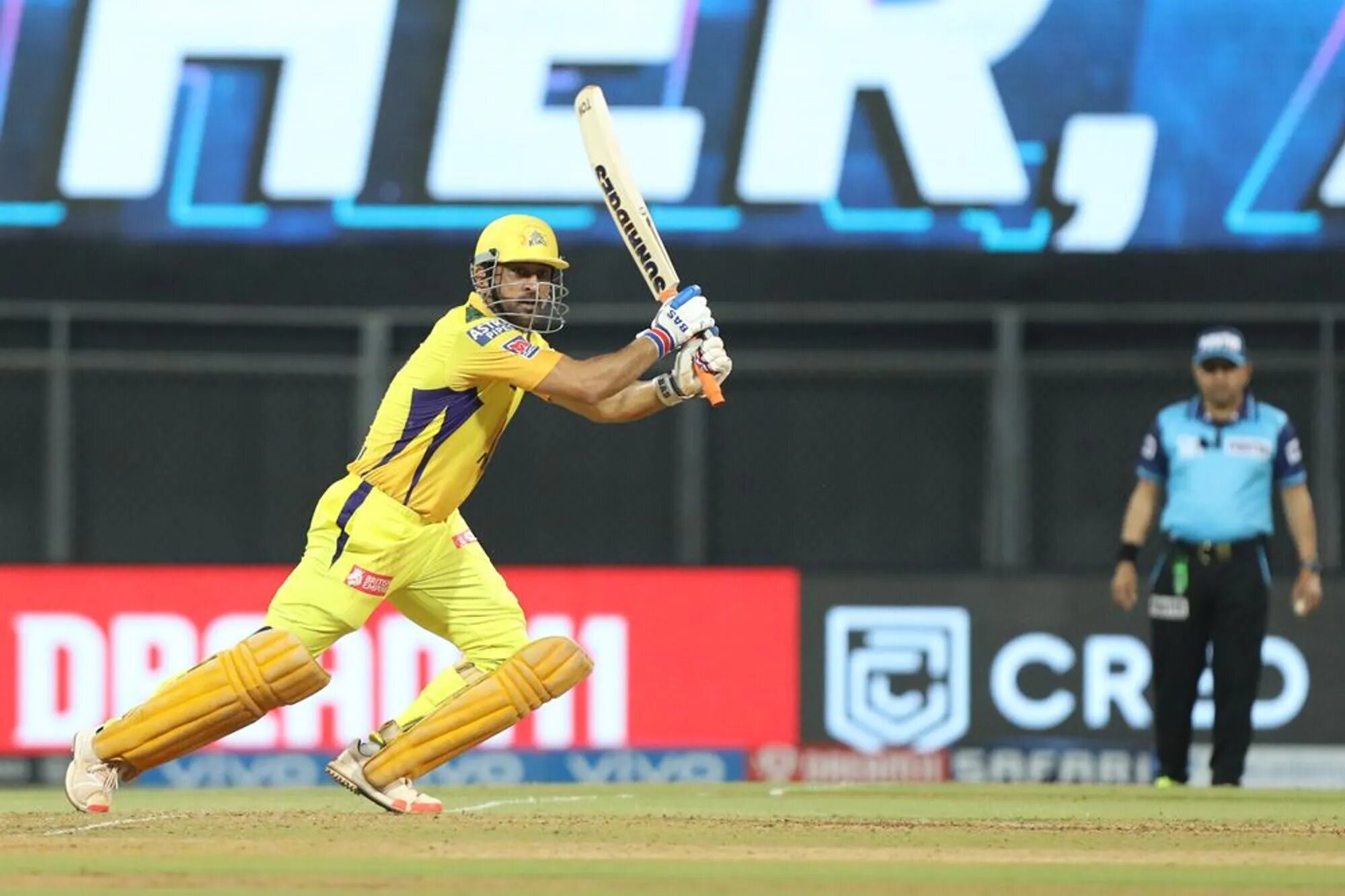 The moment now is all over social media and has become a source of controversy. Actually what happened is that MS Dhoni had just come out to bat. Only on his second delivery, he had to save his wicket by diving into the crease. It was the 15th over and MS Dhoni hit the ball towards the cover. He was keen to run but was sent back wisely by his partner Jadeja.

He saw that the danger was coming. Dhoni then had to dive to save his wicket. This created a bit of controversy as now, a lot of fans have asked that if Dhoni could dive in this match, why did he not dive in the all important semi final of the 2019 World Cup against New Zealand.

His dive could not only have saved the match for India, but could have made them reach the final.

What happened in that match was that India required 240 runs to win. Then, they had a disaster start at the top. The top three fell for just five runs on the board. That, soon became 24 for 4 and 96-6. After that Ravindra Jadeja and MS Dhoni hit lusty blows for the Indian team and looked good. They were looking very threatening for New Zealand.

However, Jadeja got out with 31 runs required. But, still India had hopes of victory when MS Dhoni was on strike. India required 25 runs of 10 balls and Dhoni hit a delivery of New Zealand pacer Lockie Ferguson and ran for 2 runs. However, Martin Guptill was equally alert and quickly grabbed the ball. He then threw down the stumps with a direct hit.

Dhoni was just about to reach the crease when Guptill shot the stumps and he was caught short of the crease. In hindsight, it can be said that had he dived, he would have made it. But then, hitting the stumps from that far was less probable too, something which happened there.

Now, there is a debate going on amongst Dhoni fans that he should have dived there also if he dived here.

I am 100% sure everyone's mind went back to one match after watching this dive. pic.twitter.com/Zyk44cWej2

This dive could have got us World cup 2019#CSKvsRR #Dhoni pic.twitter.com/d5xnyj7nnB