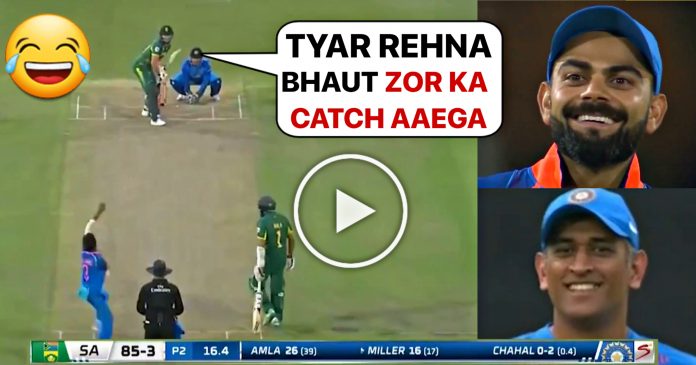 MS Dhoni was one of the finest ever ODI captain India had ever had. Not only in India, his win percentage in cricket and ICC tournament victories makes him one of the best across international cricket. Apart from his unmatchable finishing abilities, what made Dhoni as fan favorite is his commentary from behind the stumps. 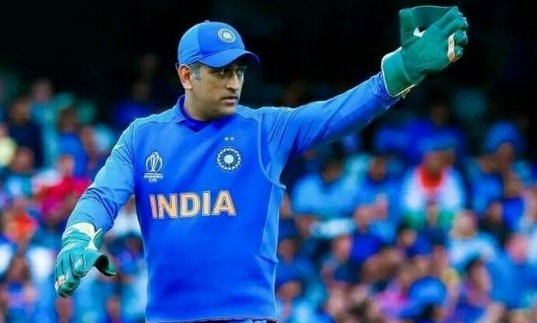 Be it giving suggestions to bowlers or be it taunting them for poor effort, Dhoni had it all. Here, we take a look at Dhoni’s stump mic compilations which were amazing.

This was a match between India and South Africa. The latter were hosting the match and were struggling to compete against the spin duo of India, Kuldeep and Chahal. Hence, South Africa had lost quick wickets and the number 8 batsman went out to bat. As soon as he came to the crease, Kuldeep started to bowl to which Dhoni said – “Arrey 6 ball to samajhne me nikal jaega isko”. Relax! it will take him(batsman) 6 balls to understand what are you (bowler) doing.

Here, Yuzi Chahal was bowling to a South African batsman and Dhoni said – ” Ye wala ghoomega” keep bowling like this. The ball will turn at this length.

3 – Once again, Dhoni came up with a suggestion to a spinner. He said to Chahal when De Kock was batting, Chahal keep it slightly slower and fuller. Since De Kock was finding it easier to bat against shorter deliveries, Dhoni gave Chahal this idea of bowling the required length.

4 – Here, Dhoni is giving suggestions to captain Virat Kohli that the fielder at long on could be a bit further up. The keeper thinks that batsman can hit a release shot any time and so the fielder should be a bit more well positioned.

5 – Dhoni is advicing the captain to keep the fielder at 30 yards a bit closer to batsman. Hence, he won’t be able to take easy single and rotate strike.

The funniest statement here from Dhoni was when he says to a fielder – ” Taiyar rehna bahot zor ka catch aaega. Baad me mat bolna”. Be ready, since there will be full bloodied catch coming to your way. Don’t give excuses later.

Dhoni knows that the batsman is about to play a stroke with all his might into the leg side. Hence, the keeper is seen advising the fielder to get ready for the catch and not give any excuses later( if they drop the catch).

Watch the video of the statements here: