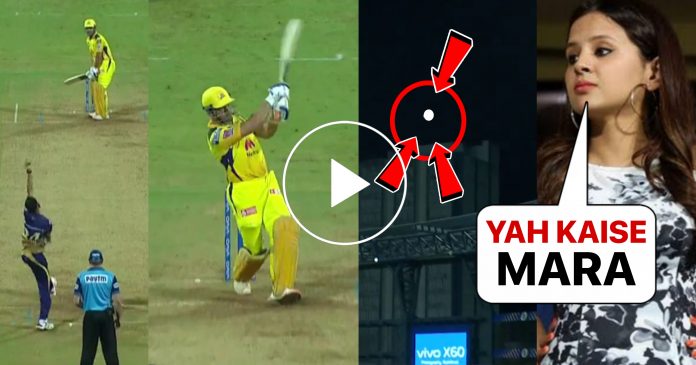 Not even the inclusion of Sunil Narine could stop the rampaging batting line up of Chennai. Gayakwad was the first one to fell at the score of 64 in 42 balls. He smashed 6 fours and 4 sixes. However, Faf Du Plessis continued his assault at the other end. He reached his 50 in 35 balls. 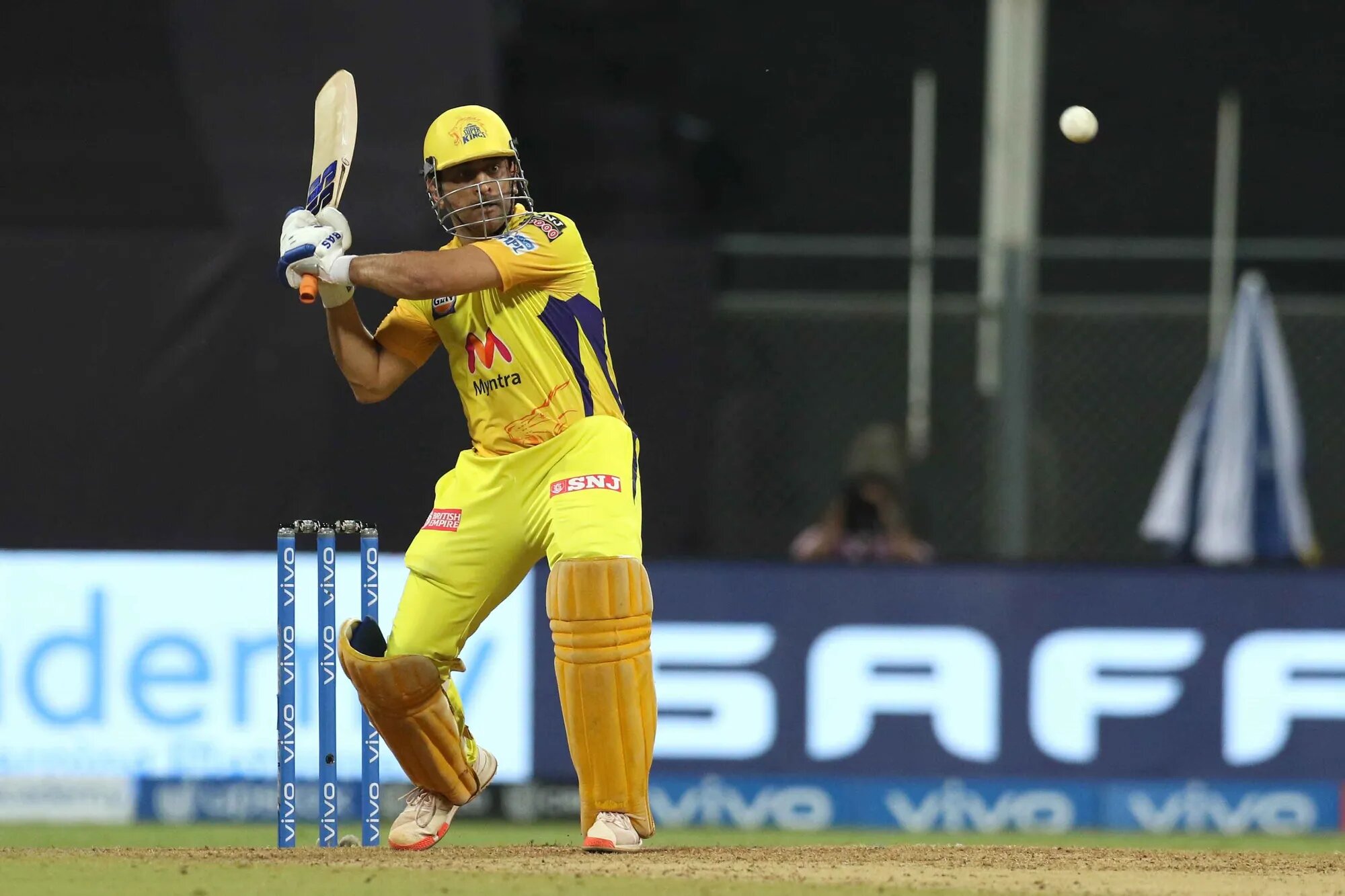 Moeen Ali, the number 3 batsman played a wonderful mini cameo. He hammered a 12 ball 25 runs. It included 2 fours and 2 sixes. He was stumped on the delivery of Sunil Narine. Then, MS Dhoni came to bat at number 4. Dhoni has been struggling for runs in this edition of IPL. Today, he had the chance to rectify that on a flat track at Wankhede stadium.

His first ball was a flighted delivery from Narine. Dhoni carved that to point for a single. Then Du Plessis too took a single which brought Dhoni back on strike. He tried to smash the next ball for four through covers. However, it took an outside edge and ran through short third man for a four.

A massive six by Dhoni!

The interesting fact about this four was that it was the first time that Dhoni had hit a four off Narine in entire history of IPL!

In the next over, it was the inexperienced Prasidh Krishna who was on target of MS Dhoni. On the fifth ball of the over, Dhoni tried to hoick a short ball for a boundary over mid wicket. However, it bounced more than expected and the ball took the edge of Dhoni’s bat. It went over wicket keeper Karthik’s head for a four.

It was the next ball on which Dhoni showed his six hitting range. The delivery was bowled at 146km and was on a length. MS Dhoni then, held his pose and absolutely belted the delivery for a six over mid wicket. It was a colossal six that left everyone stunned.