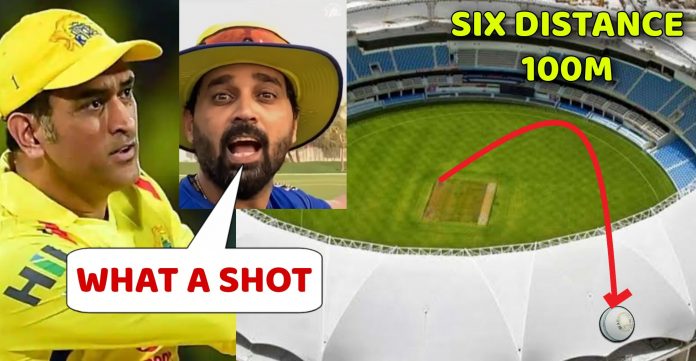 Chennai Super Kings’ superstar Mahendra Singh Dhoni is looking in great form heading into IPL 2020. Despite not playing any competitive cricket for over a year, Dhoni still looks sharp with his batting.

With no Suresh Raina in the team, the onus is on Dhoni to deliver big in this year’s IPL. The veteran cricketer is now solely focused on Chennai Super Kings. Since, he already announced retirement from international cricket, fans are eagerly waiting to see him in CSK jersey.

If his current form is anything to go by, CSK fans will be in for a great treat in IPL 2020. On the other hand, the return of Deepak Chahar to team training is a huge boost for CSK. In the video shared by the team on YouTube, Dhoni whacks a massive six over deep mid wicket. The ball was deposited outside the park as Murali Vijay was in awe with Dhoni’s batting.

MS Dhoni is undoubtedly one of the biggest six hitters in world cricket. He has time and again proved his mettle with the bat for all the teams he has played for. It will be interesting to see how he will play as fans expect vintage Dhoni performances this year.

With the retirement from international cricket, Dhoni can solely focus on the task at hand. However, the decision is with team management on how to make the most out of Dhoni’s batting skills.

The absence of Suresh Raina will definitely hurt Chennai Super Kings at some stage of IPL. Since, Raina is their most consistent batsman in their history. There is a high possibility for MS Dhoni to bat at vacant No.3 position.

Dhoni is the only experienced Indian player in the middle order. However, the addition of Kedhar Jadhav to the mix will add more mettle to the lower middle order. This will help Dhoni to promote himself in the batting order.

Suresh Raina himself has endorsed Dhoni to play at No. 3 position for Chennai Super Kings in IPL 2020. There are also reports of trying young Ruturaj Gaikwad in the spot. But it remains to be seen whether he can deliver on a long term like Dhoni or Raina.

Chennai Super Kings will begin their IPL 2020 campaign against Mumbai Indians on September 19. The battle will be an exciting one as they are the finalists of IPL 2019 and the best two teams in IPL history.