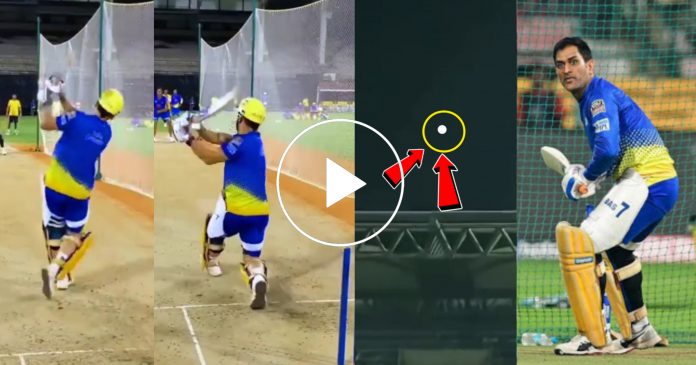 Mahendra Singh Dhoni is all set to play for, Chennai Super Kings in the fourteenth edition, of IPL in 2021. Like always, he will be the fulcrum of Chennai’s batting. Also, he will keep wickets and most importantly, would captain the side. Dhoni will step on to the cricket field after, a gap of close to 6 months.

Dhoni last played any form of cricket in IPL 2020, which was the last edition of it. Chennai’s performance in the tournament, was abysmal to say the least. Until the last phase of the league matches, Chennai was languishing on the bottom of the points table. They won the last two games to save themselves, from the embarrassment of finishing last.

The major reason behind poor season of Chennai was timid, and conservative batting by Chennai’s top order. Game after game they kept doing, the same mistake. The top order would start too slow, thus creating pressure situations for middle and lower order. Hence, the in experienced middle and lower, order would buckle under pressure.

Chennai and Dhoni all set to launch!

This time though, Chennai is determined to make amends for the dismal display of previous edition. They have promised to shun the conservative, and defensive approach while batting. The management of Chennai has said that the team would bat, with the same intensity which made them such a dominant force, in all those years of IPL.

To keep the promise of batting with aggression, the Chennai Super Kings players are, training in the same way. The biggest example of this is the net session, of its skipper MS Dhoni. Last year, Dhoni used to bat a bit timidly. The result was that the team would get bogged down, by it which were evident in the ultimate, results of the match.

For countering this, the Chennai players are all set to go full monty, in this edition of IPL. Recently, CSK has uploaded a video of Mahendra Singh Dhoni. In this, Dhoni can be seen practicing his shots against the spinners.

In this video, the skipper of Chennai is coming down the track, and smashing the spinners for sixes. That happens in three successive deliveries, as on each of it, Dhoni thumps sixes with precise footwork!

Watch the video of Dhoni here:

Watch: 10 Players who could be released from their teams in IPL before 2022