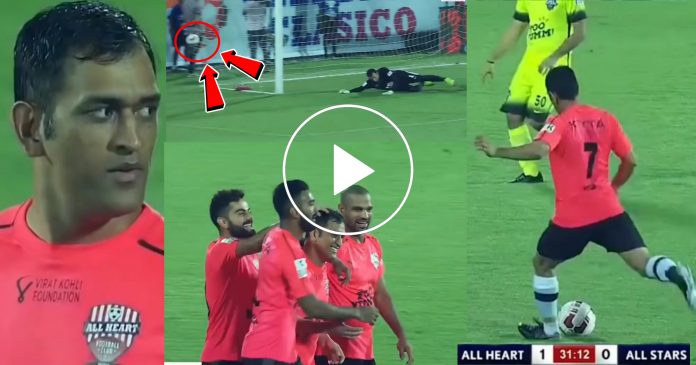 The former Indian cricketer Mahendra Singh Dhoni needs no introduction of any kind. The world knows about his exploits in international cricket. His achievements, his records and his aura in cricketing circles is close to unparalleled. The only captain in history of cricket to have won all the three major ICC trophies, Dhoni is the undisputed king of Indian folklore. 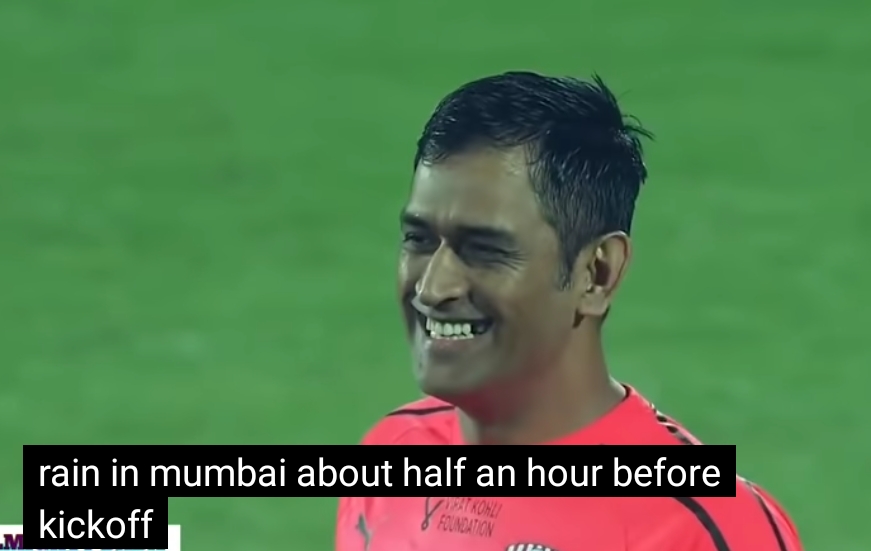 His popularity can be gauged from the fact that a movie in his name was released which was his biography. No prizes for guessing that the movie did wonderfully well at the box office. It showed his life which includes his journey from club cricketer to international cricket. One interesting thing which was displayed in the movie was Dhoni’s love for football. As shown in the movie, he was in school and was reluctant to play cricket at the cost of football.

Going by his football skills, the movie showed no exaggeration. This post is about recalling the same when Dhoni played football and impressed everyone with his striking skills.

It was an all celebrity match between men from entertainment industry and athletes from cricketing team. The Bollywood team was named All Stars, while the team of cricket players was named All Hearts. Accordingly, it was a friendly match and the income from it would be distributed in a charity.

Dhoni again ruling the roast, but in football

The match was held in Mumbai in the month of October, 2017. In a clash of two sets of stars from different fields, the cricketing stars won the game by a massive margin of 7-3. MS Dhoni started the proceedings for his team when he scored a goal in the 7th minute. He did not stop here and went on to score his second goal of the match in the 39th minute.

Dhoni’s first goal came when he smashed a kick from outside the circle of All Stars. The ball swirled in the air and before the goal keeper could understand anything, it went in the goal post as the Goalie tried to defend, but in vain.

His second goal came in when he converted a free kick into a goal in the 39th minute of the match. Moreover, it was very similar in the style of professional players. In the end, Dhoni’s team All hearts won by 7-3 and needless to say, Dhoni was adjudged the man of the match, for his two goals.