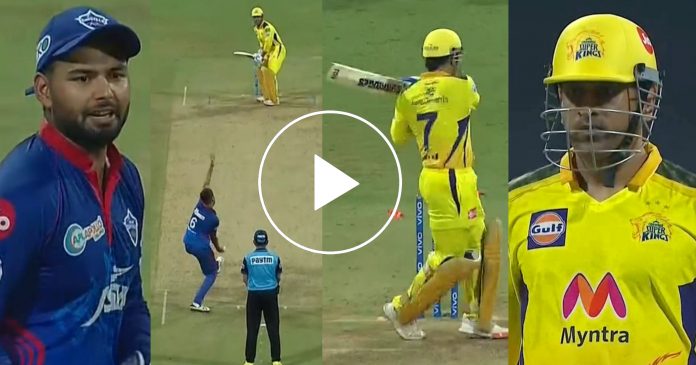 Mahendra Singh Dhoni retired, from cricket early last year. A lot of people, expected Dhoni to call it quits, in IPL as well. But, Dhoni being Dhoni continued, to play in the Indian Premier League. Last year, however was a poor season, for Chennai Super Kings. They finished seventh on the points table.

One of the major reason, for Chennai’s below par performances was the ordinary form, of Mahendra Singh Dhoni. The veteran cricketer struggled, in the entire tournament. The strike rates were, always in the low 120’s and the average too was too less for any impactful performance, for his team. The result was that Chennai, could not cope up with loss of from of Dhoni and failed, to win games.

This time however fans of, Chennai and Dhoni had a lot of hopes, from their team. Considering the fact that Chennai had, started to prepare for the mega event, a long time ago, this was not a false idea. But, the start which Dhoni has got in the season, does no justice to the expectations, of their fans.

Dhoni came to bat at number seven, at the fall of Suresh Raina. It, was the start of slog overs Chennai required, quick runs at that time. A lot of people thought, that the stage was set for Dhoni to take over, and get some quick runs under his belt to, get the confidence up and running.

A zero on return for Dhoni!

But, the rookie bowler Avesh Khan, had other ideas. The bowler pounded, a hard length to Dhoni who looked to pull. But, the batsman was well and truly beaten by the pace of the delivery. The age factor showed, on Dhoni who is now close to 40. By the time, Dhoni played his shot, the ball had already, approached him. Consequently, the ball took an inside edge off his bat into his wickets, and he was bowled for a duck.

Seeing Dhoni going, for a zero was a set back to the, Chennai team and their fans. For Chennai to fire, in this competition, the form of Dhoni is very important. He has, to score runs like in his heydays, if Chennai are to give serious competition, to other teams.

Watch the video of Dhoni getting out for a duck