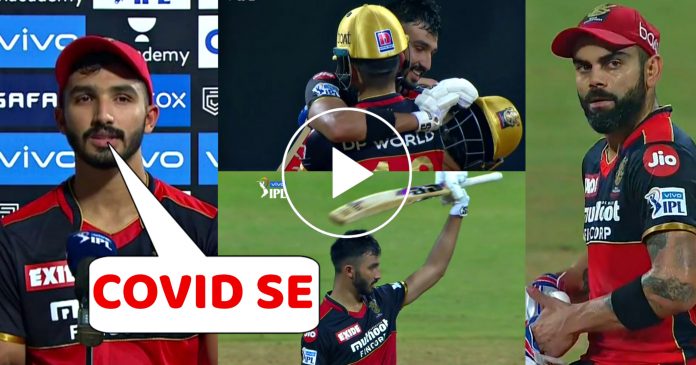 Devdutt Padikkal hit his maiden 100 in the Indian Premier League today vs Rajasthan Royals. The left handed opener smashed 101 runs in just 52 balls as he hit 11 fours and six sixes. It was a stunning innings as the batsman from Karnataka announced himself in the tournament. 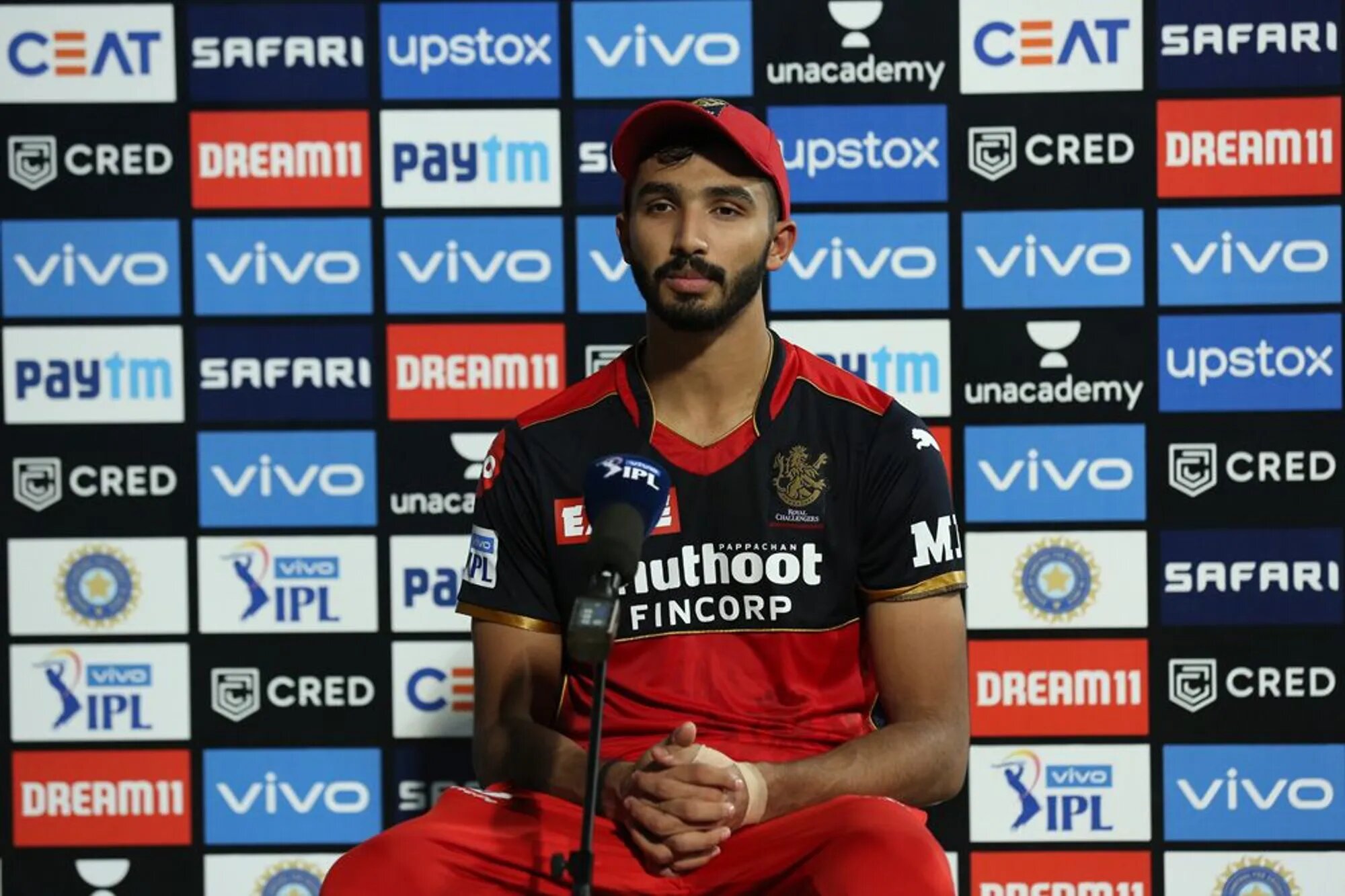 However, just before the tournament began, Padikkal was found COVID positive. Hence, he was removed from the bio bubble, and put in a fourteen day quarantine. After that, he had to miss the first match of the tournament for Royal Challengers Bangalore.

Then, he struggled for fluency after comeback. In the first two matches that he played, the rustiness of the 14 day quarantine was for all to see.

However, today was the day when Padikkal finally came back to form. He thrashed the Rajasthan bowlers, to all parts of the park for a brilliant hundred.

No prizes for guessing, Devdutt Padikkal was adjudged the man of the match, for his astonishing innings, that made the chase, a cakewalk for the Royal Challengers.

At the post match presentation, Padikkal was asked about the same by the match presenter. To which, Padikkal gave quite an emotional reply. He said –

“To be honest it has been special and all I could do was to, wait for my turn. When I had COVID, all I wanted was to, come here and play. When I missed the first one, it really hurt me”.

Here, Padikkal says that it was quite a special innings for him. Since, not only this was a century, but also came after COVID.

The left handed opener said that, while he was down with the virus, he was itching to go back to the field. Then, when he had to miss the first match of the team, due to COVID, he was hurt and pained.

However, he kept patience and ultimately, got the result.