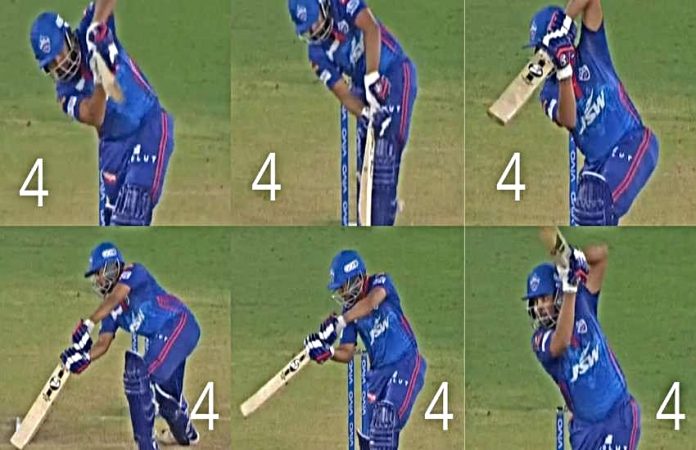 Prithvi Shaw is enjoying a great run of form in the past few months. First he ransacked more than 800 runs in Vijay Hazare trophy at a ridiculous average of 165 and then carried the form in the IPL. He was amongst the top run getters for his side Delhi Capitals. Both he and Dhawan gave great starts to Delhi as they climbed to the top of ladder before COVID 19 intervened and the tournament had to be called off.

The 22 year old opener from Mumbai is a graceful stroke player who can hit the ball all along the carpet. Hence the team management wants him to succeed at the international level. In the second practice intra squad practice game, the teams led by Shikhar Dhawan and Bhuvaneshwar Kumar clashed with each other.

In the video and score card released by Sri Lankan official cricket board, Shaw is seen smacking the balls for boundaries. He spares no bowler and easily cuts and pulls on his way to score a half century. Moreover it is expected that Shaw will open with Shikhar Dhawan in the limited overs. Hence it is important for the Indian team that Shaw shows some quality hitting form.

The video contains some serious shots played by Prithvi Shaw. He is playing a slow sweep for a six. In other visual, he is carving a drive through off side for a four. Shaw scored 84 runs before he got dismissed. The form he has showed, the right hander is all set top play the first ODI. He will be preferred over left hander Devdutt Padikkal.

India and Sri Lanka play their first match on 13 July. It will be followed by two more ODIs before the caravan moves on to T20s. Both teams will play a set of 3 T20s, the last of which will be played on 25 July.