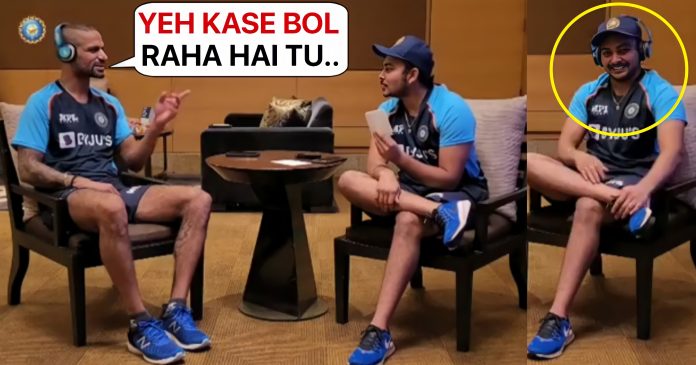 The Indian team is all set to play a limited overs series of 3 ODIs and 3 T20s each vs Sri Lanka. Accordingly, the Indian team members have reached Sri Lanka as they will be under strict quarantine for 4 days. Post that, the players will resume their training. It is the first time that India will be led by Shikhar Dhawan as the regular captain Virat Kohli is away for the test tour of England.

Right arm swing bowler Bhuvaneshwar Kumar will be the deputy of Shikhar Dhawan for this tour. Moreover, the coach for the Indian team will be Rahul Dravid. Since the Indian team is currently under quarantine, the players are involved in funny activities to keep themselves refreshed. On a similar note, Shikhar Dhawan and Prithvi Shaw are seen engaging in a hilarious guessing game called ‘Music and Mime’.

It is a game in which one person would have his headphones on while the other person will speak something in a hush tone. Hence, the person with the headphones will have to guess the words spoken by the latter.

Accordingly Shaw said to Dhoni : There are two sets of cards. One has names of Indian players travelling to Sri Lanka and other has a list of food items. You have to touch one and I would use my lips to tell you to guess. But you will have headphones plugged in your ears which”.

The first name which Shaw said was of Ishan Kishan. However, Dhawan guessed it wrong. Interestingly, the left handed opener soon corrected his mistake by guessing the right name. The next word whispered by Shaw was of Rahul Dravid who is the coach of India for this tour.

Dhawan took no time in guessing the name of the player correctly and further asked – How is Rahul bhai in the list of players? At this moment, both the openers started to laugh. After a while, Shaw takes the name Krunal Pandya as Dhawan struggles to name the word. Consequently it takes a long time and many guesses for him to correctly call Krunal Pandya.

Then, there is a role reversal of the players and now Dhawan askes the questions to Shaw while the latter was with headphones. In the first time Shaw correctly guesses the word ‘Vada Paav’. The second word he was to guess was of ‘Butter Chicken’. However, in a hilarious moment, he calls it ‘Mutter’. After repeated attempts, the right hander opener finally nails the word ‘Butter Chicken’.

It was a comical and hilarious moment between the two openers who would be opening the batting for India on this tour.

Loud music blaring in your ears 🎶 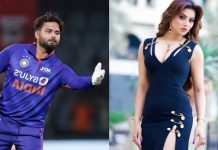