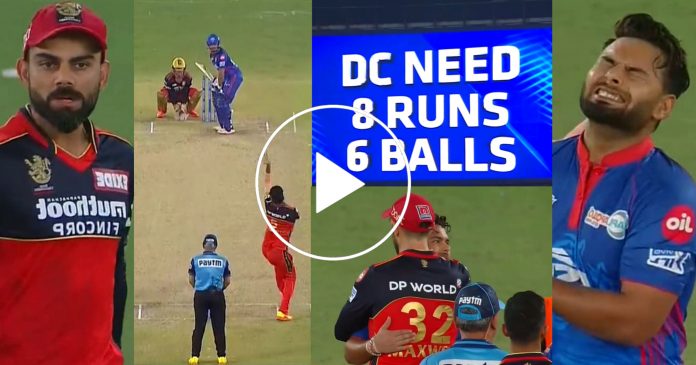 Rishabh Pant was batting on the last ball when Delhi Capitals required 6 runs to win on the last ball. With the kind of form he has been, it did not look difficult for Pant to hit the winning runs. But, he missed his target as Royal Challengers Bangalore’s bowler Mohammad Siraj held his nerve and conceded only a boundary on the last ball to win it for RCB. 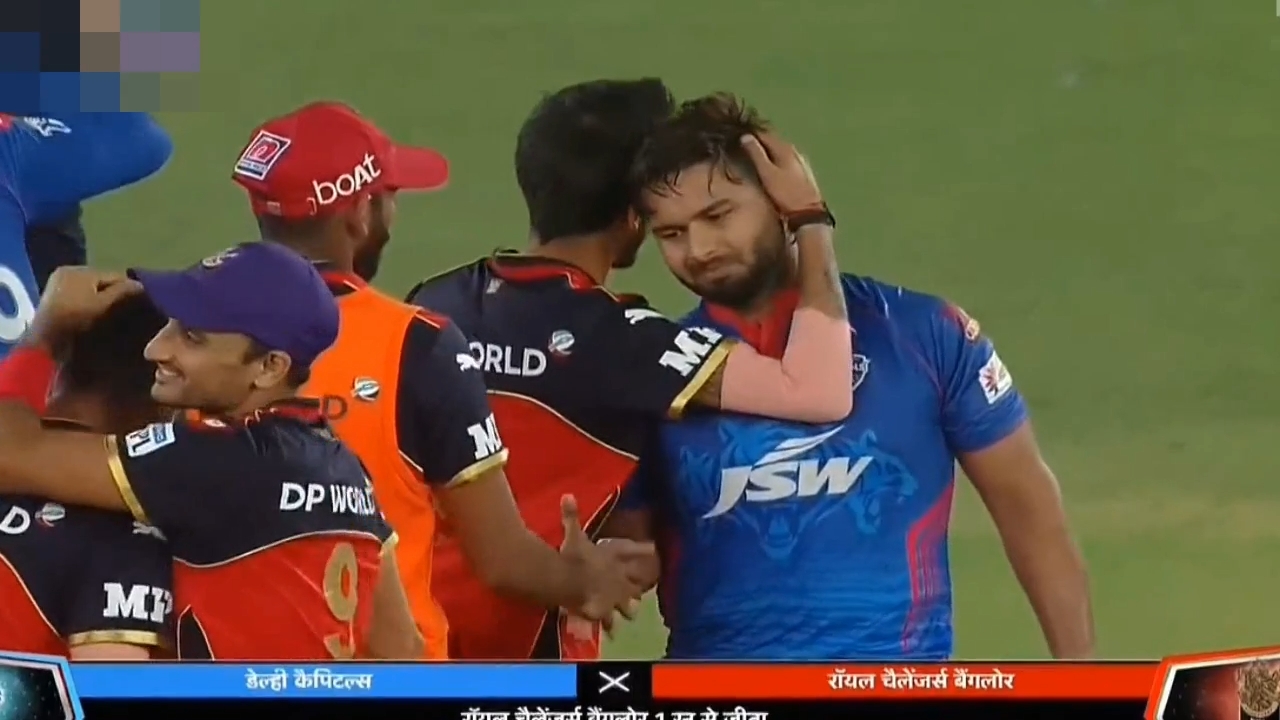 After the loss, Rishabh Pant was devastated. He almost broke down in tears after failing to hit the winning runs as entire RCB team celebrated their victory. The skipper admonished himself and then shouted angrily at himself. Yuzi Chahal was the first one to walk up to Pant and shake hands with him.

However, Pant had a forlorn look on his face. It took him a few seconds to realise that Chahal wants to shake hands with him. Reluctantly, he moved his hands forward and gave the response to Chahal. Then, Mohammad Siraj also went and hugged Pant, who did the same.

At the other end, Shimron Hetmyer too sat down on the pitch in disappointment. He too could not believe like Pant, that they had lost the match by a single run. It was quite an emotional moment for both the players as they had played out of their skin. Still, they could not take the team to victory which left them dismayed and despondent.

Earlier, Delhi Capitals had lost 4 wickets for just 92 runs. They were looking down and out when Rishabh Pant and Shimron Hetmyer came to their rescue. The duo added 78 runs in 44 balls. However, it proved to be just not enough on the day for Delhi Capitals.

For Bangalore, Washington Sunder was the most economical bowler as he gave just 28 runs in his four overs. Moreover, Harshal Patel was the most successful bowler. He took 2 wickets in his 4 overs and gave 37 runs in that.

For his incredible innings, AB De Villers was adjudged the man of the match.

Watch the final moments of the match and Pant’s emotional reaction after losing the match:

Watch MS Dhoni in conversation with Shahrukh Khan teaches him how to finish games...