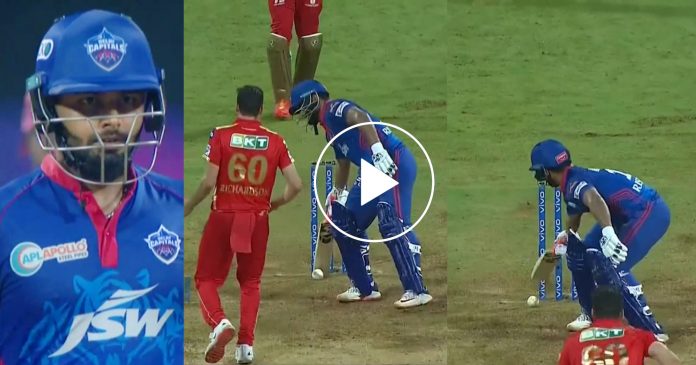 Chasing a target of 196 runs against Punjab Kings, Delhi Capitals got off to a brilliant start. The openers Prithvi Shaw and Shikhar Dhawan added 59 runs in just 5.3 overs. Shaw was again looking very threatening. But his innings was cut short by a slow delivery from Arshdeep Singh. He made 32 runs in 17 balls and hit 3 fours and 2 sixes.

Shikhar Dhawan and Steven Smith got along and the two added 48 runs in the next 33 deliveries. However in this, Steven Smith’s contribution in that was just 9 runs. He was dismissed while trying to play a stroke. Then at number four, captain Rishabh Pant walked out to bat. He looked settled at the wicket and was looking good to seal the match for Delhi capitals.

However, one moment happened involving Rishabh Pant that became quite viral on social media. 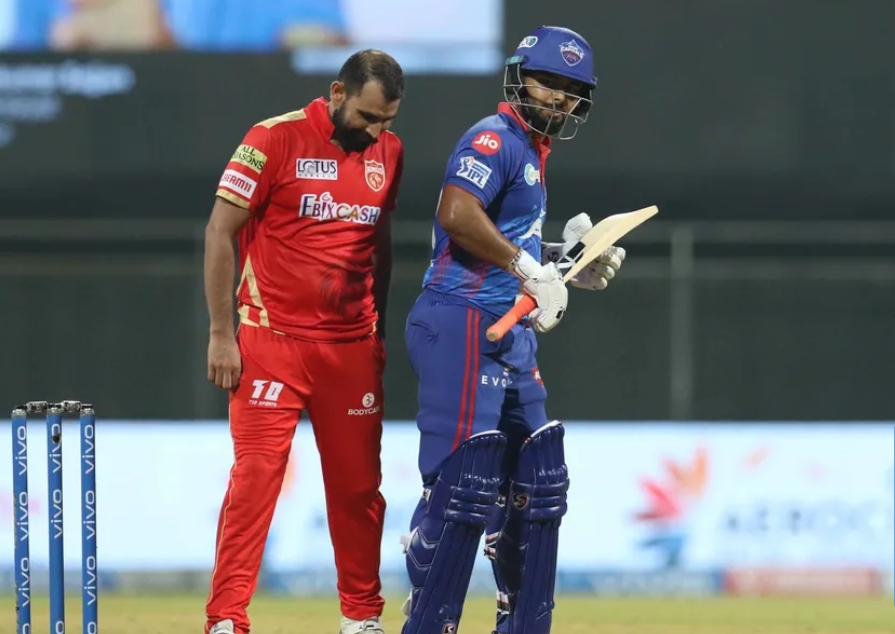 Pant stops the ball from rolling onto stumps.

It was the 15th over of the innings. Jhye Richardson was bowling to Shikhar Dhawan and Rishabh Pant. On the first ball of the over, Dhawan took a single. The next ball Rishabh Pant flicked a delivery off his pads for a six over square leg. The next ball again was down the leg side and was considered a wide. It was on the following delivery where the drama happened.

Richardson again ran in and bowled a short ball. Pant, initially tried to pull it into the leg side. However it was a slower delivery and Pant was too early into the shot. It reached him after he had played the shot. The ball rammed into his arms and fell at the ground.

After the ball hit his arms and fell at the wicket, it was quickly rolling towards the stumps. However, Pant realised the danger and rushed to stop the ball with his bat. By the time, Shikhar Dhawan was also interested in running a single. However he was wisely sent back by Rishabh Pant as it could have been a chance for a run out.

Rishabh pant though could not finish the match as he was out at the start of 18th Over. Pant made 15 in 16 balls that included a six.

Watch : India playing 11 for the second T20 vs Sri Lanka