Delhi capitals lost against, Rajasthan Royals in the final over by three wickets . This was the game that they should have won, but due to their own mistakes, they ended up losing the game. Rishabh Pant was under scrutiny for most part of the game today. He was, one of the reason why, Delhi Capitals lost. 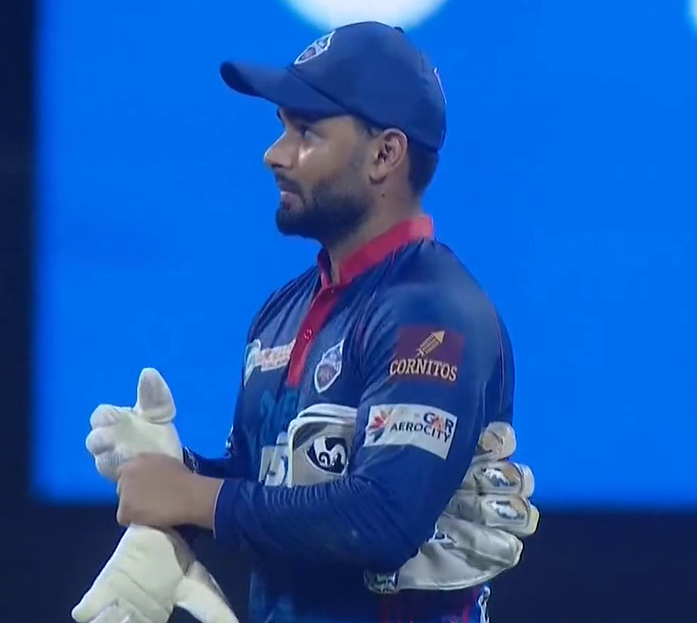 First, Rishabh Pant while batting made a serious underestimation of the fielding ability of Riyan Parag. He tried, to take a single which was pretty much non existent. Pant was, playing well on 51 but got run out.

That, seriously hampered Delhi’s chances of reaching a hundred and sixty runs. Then, while defending the target too, Pant did two mistakes. He did not bowl Ravichandran Ashwin out, as his quota had one over left, when the match finished. Ashwin was going really well as he had given just 14 runs in his 3 overs.

Then, while the 18th over was on, he did a mistake which proved too costly for his team. Pant, broke the stumps of Jaydev Unadkat before the ball had even reached his hands.

In a desperation to break the stumps, he hit the stumps with his hand without cleanly collecting the ball. Unadkat was saved from a certain run out.

Then, Chris Morris and Unadkat finished the match in the final over. After the match, Rishabh Pant became quite emotional, about his these mistakes.

He said to the match presenter that, they should have won this game but it it was the dew factor. And, also some mistakes from us. Here, he was referring to his own mistakes.

Then, Pant said that slower balls were not stopping as the ball was coming nicely on the bat. He also, claimed that had Delhi scored 170 things, could have been different as they were 15 or 20 runs short.

Pant becomes emotional after the loss

But towards the end Pant, had gotten quite emotional as it was visible on his face. He said that the team, will try to play better in the upcoming matches. That way, they won’t disappoint their fans.

Watch revenge moment of Rashid Khan. Gets a wicket after conceding 2 fours.