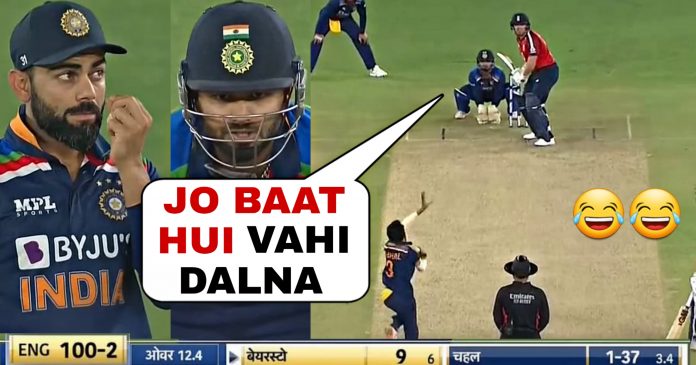 Rishabh Pant and his one liners are no secret to anyone. His one liners from behind the stumps are always hilarious. Accordingly, these stuffs from Pant makes him a fan favorite and a crowd puller. Hence, People love to watch him for this only. 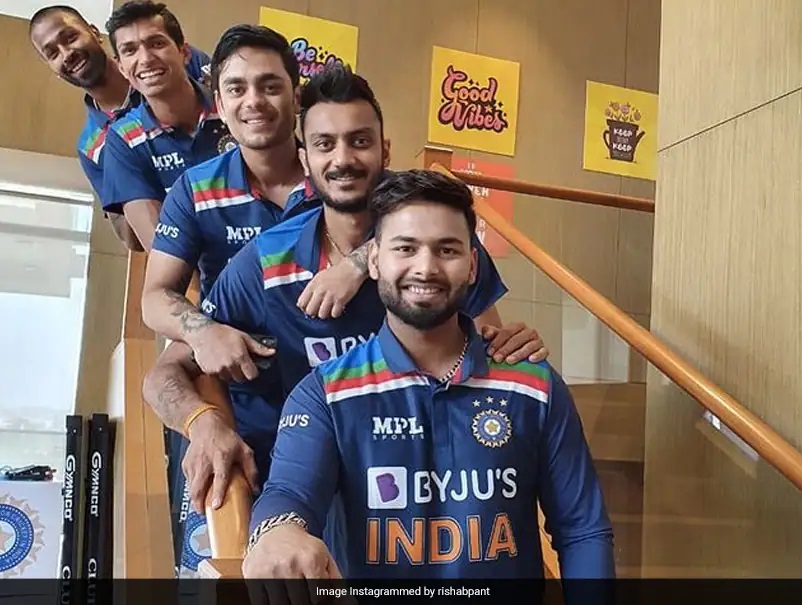 One of this example of one liner and funny commentary was on display again. England were chasing the target of 125 runs and were absolutely cruising towards victory. Hence, Yuzvendra Chahal was bowling to Jason Roy who was looking to go bonkers. Roy was in hurry to finish the game as he was looking to pump the spinners for maximums.

As soon as Chahal came to bowl to Roy, Pant said something to Chahal from behind the stumps. He said something like – “Jo baat hui thi, wahi daalna”( Whatever we talked, deliver that only)

He meant that Chahal should bowl only that kind of line and length which was discussed either in the team meeting or with some other poeple.

The next ball was however belted by Roy for a six. After Roy pumped him for six, Pant started giggling at the fate of his team mate. Seeing Pant laugh, Chahal too started laughing. It was a sight to behold as India was almost on the verge of losing. However, both the keeper and the spinner found out the funnier side of this reversal too by laughing in between the deliveries.

Talking about the game, India and England locked horns in the first game of T20 in Ahmedabad. England won the match by a thumping margin of 8 wickets. For his sensational bowling, Jofra Archer was considered man of the match. He took 3 wickets for 23 runs. He even managed to bowl a maiden in a T20 game.

Archer who had missed the last game of the series bowled with venom and purpose. Most of his deliveries were in excess of 145km and Indian batters found it hard to play him. Alongside him, Mark Wood too bowled with a lot of pace that was in excess of 150km!

Both the initial pace bowlers made sure Indian batsmen were on the back foot from ball 1 and could not play freely. No wonder they huffed and puffed their way to 124-7 in 20 overs.

After a drubbing in the test series, England have managed to come back in the limited overs at least. With four more matches to go, this series should be one heck of a contest.