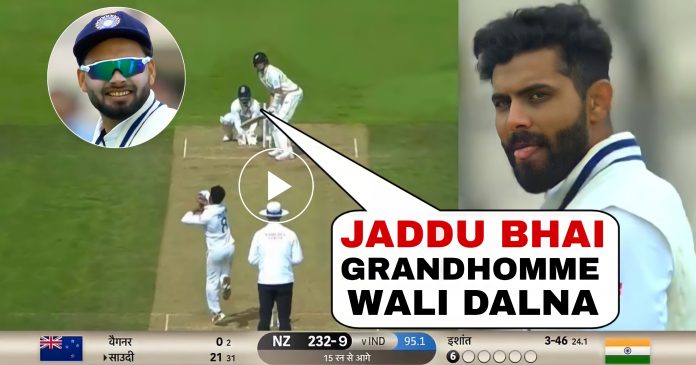 Explosive Indian wicket keeper and the new superstar Rishabh Pant could not quite score runs in the first innings. The left hander was gone after making just 4 runs as he edged one to the slips while trying to smash a four through off side. However, the failure in the first innings with that bat has made no difference to his keeping. Pant has been doing funny commentary while taunting the opposition batsmen from behind the wickets. Moreover, he keeps predicting about all the shots the batsmen might play which reminds of his idol MS Dhoni. 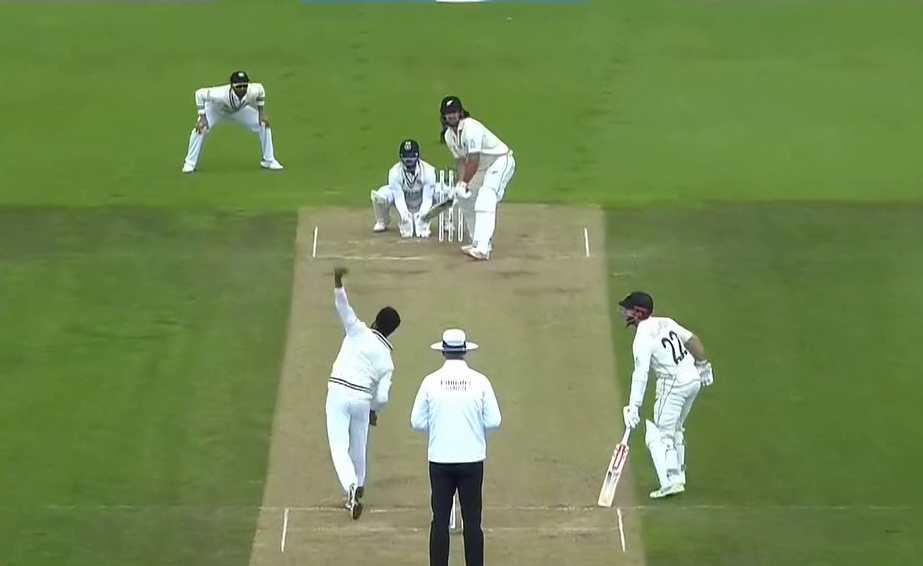 The former Indian captain Dhoni was a proven genius when it came to doing correct assessment of a batsman’s mindset. Hence, many a times that resulted in a wicket. In an interesting moment, Rishabh Pant too did the same. He advised the bowler to bowl a particular line so that the batsman might be tempted to play the stroke and loses his wicket. Moreover, Pant’s prediction happened to be true and the batsman lost his wicket.

What exactly happened was that New Zealand’s number 9 batsman Tim Southee was batting with the last man Trent Boult. The last pair had added 15 runs for the wicket and had stretched their lead over India by 32 runs. In a low scoring game, that could have proved substantial.

Pant does a Dhoni!

Tim Southee looked to be aggressive against the spinners as he made 30 runs that included 2 sixes. It was the 100th over of the Kiwi innings as Jadeja came on to bowl. The first ball Southee faced was a loopy delivery and he wasted no time in smacking that over mid wicket for a huge six.

Then, Rishabh Pant came up with an advice for Jadeja when he said – ” Jaddu bhai jo Grandhomme ko daala tha wahi daalna parega”. (Bowl the same deliveries which you bowled to Grandhomme). Pant meant that Jadeja should bowl flat deliveries to him since just like De Grandhomme, he is also an aggressive batsman.

Jadeja obliged and bowled a quick and flat delivery into Southee’s pads. The batsman again tried to slog him out of the ground. However, the delivery was too quick for him as he could only inside edge onto his stumps. That meant New Zealand was all out and Pant’s prediction came to be true. It was an amazing example of Pant’s game awareness.

Watch : Bumrah special as he takes a five wicket haul against England. Wins...