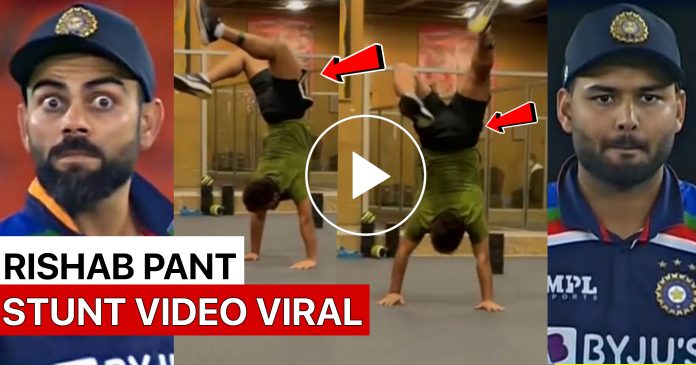 It has been close to three weeks since the Indian Premier League was postponed. After that, there has hardly been any cricket in the international arena. Most of the players who participated in the IPL went back to their respective countries and quarantined themselves for 2 weeks. In the meantime they kept themselves active on social media and interacted with their fans. 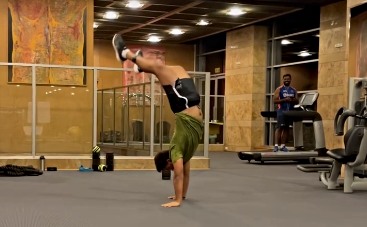 The Indian players were no different. Almost all the players were under quarantine. Now, with the scheduled date of Indian departure for England coming close, the test team members have started to prepare themselves. Since the tour is going to be 4 months long, all the players need to be at their best in fitness terms.

Accordingly to that, the Indian team members are sweating it out in the gyms and indoor nets. A lot of them have shared their training videos on social media platforms. One popular name amongst them is the Indian wicket keeper and superstar batsman Rishabh Pant.

The exciting keeper batsman has recently uploaded a video on his Instagram’s account. In that, he can be seen doing a hand stand for close to 15 seconds continuously. The caption of the video reads – ” Preparing for what’s coming”.

Rishabh Pant was last seen in the IPL. He was the captain of Delhi Capitals in the lucrative competition in the absence of regular captain Shreyas Iyer. Moreover, Pant showed that he is more than ready to the challenge of captaincy. Under him, Delhi Capitals won 6 out of 8 games and were sitting at the top of the list. That is when COVID got the better of the competition and it had to be halted.

Meanwhile, the Indian team is scheduled to depart for England on the 2nd of June. They all will be under quarantine for a week and will have to go through COVID test, the result of which should be negative. After reaching England, all the players will again go through a hard quarantine period of 7 days.

Considering the brilliant performances of Rishabh Pant over the last few months, a lot of eyes will be on Pant. Fans would be expecting that the Indian keeper would repeat his heroic display in England. For India to win the World Test Championship and the subsequent England series, Pant will have to play an important role. Moreover, he is the only Indian wicketkeeper and only the second International specialist keeper batsman after Adam Gilchrist to score 100s in both England and Australia.

Watch the video of Pant here:

Watch unbelievable catch by Rahul Tewathia. Stops KL Rahul from getting his 100.

Watch : Rishabh Pant gets emotional after losing his wicket on low score in...