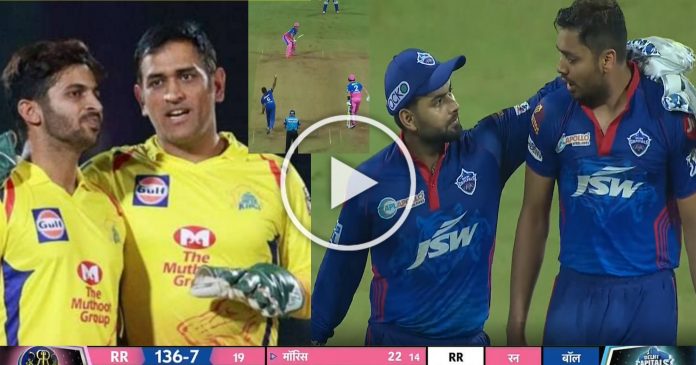 Rishabh Pant was all over in the match today, for Delhi capitals against Rajasthan Royals. First, he played some sensational shots, in his innings of 51 to take Delhi out of trouble. But just as he was looking, dangerous at the crease he was run out, due to his own mistake. 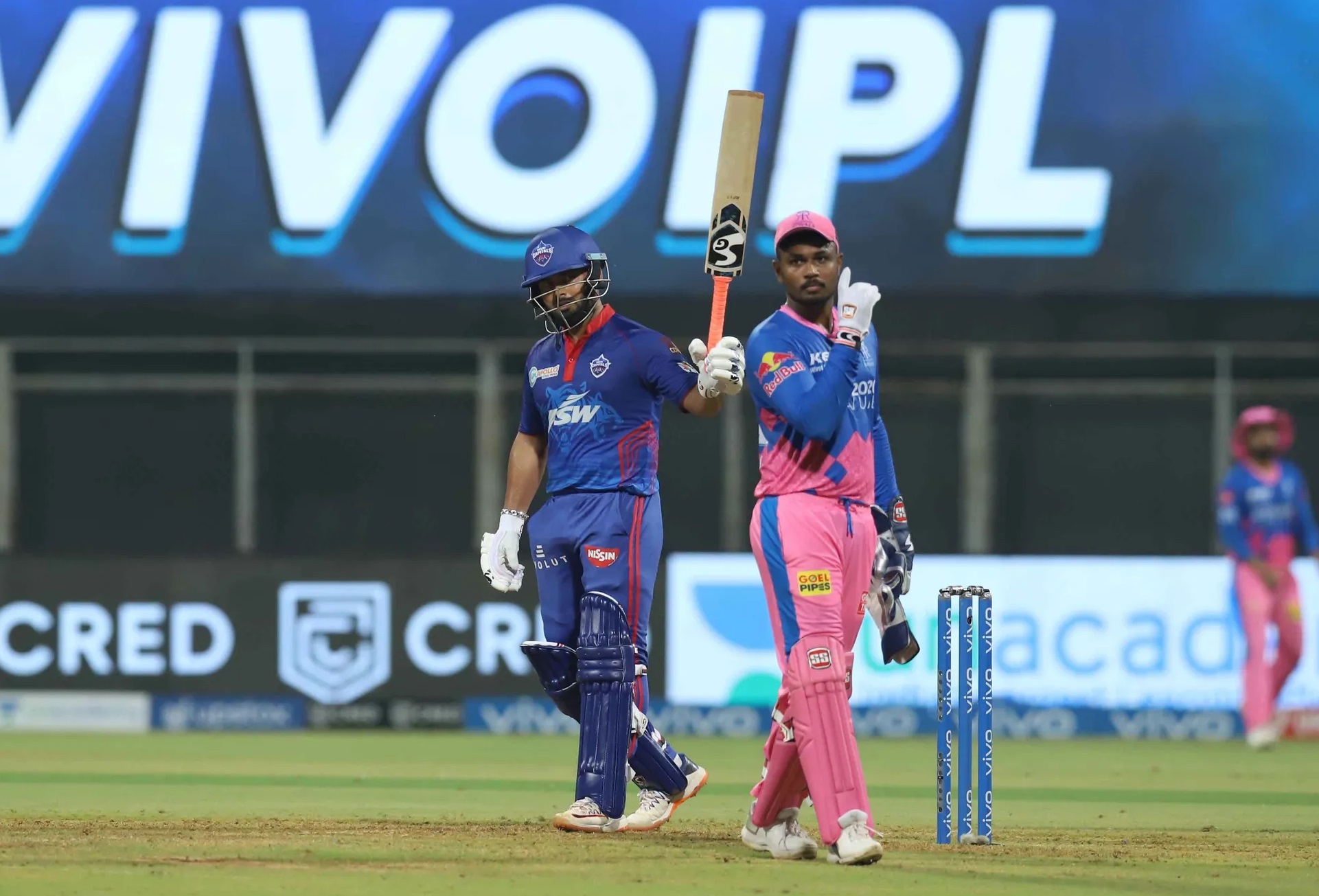 After that, while fielding he took a breathtaking catch where he dived, and took a catch of Jos Buttler. But then again, he did 2 mistakes. It was not bowling Ashwin out, and missing the chance of, running Jaydev Unadkat out.

These mistakes by Pant,  proved to be decisive in the final outcome, of the match. However, not all were doom and gloom, for Pant. One particular moment which stood out, for Pant was his gesture to the youngster Avesh Khan. This happened after he was, smashed by David David Miller for two sixes.

It was the 16th over of the match. Rajasthan Royals were batting, at 90-6 after 15. In the last 5 overs they required, 58 runs to win the match. David Miller and Chris Morris were batting.

Avesh Khan bowled two singles to David Miller and Chris Morris. Then, on the third ball Chris Morris hit Avesh Khan for a huge six. He came under pressure straightaway. Then he bowled right, into the hitting zone of David Miller.

Pant’s advises Avesh and gets wicket

Miller smashed him for another six. Getting hit for two sixes in, two consecutive deliveries hampered the confidence of Avesh Khan.  He was looking nervous. Then, Rishabh Pant quickly went to Avesh Khan, kept his hand on bowler’s shoulders, and told him that he should not be nervous and back his skills. 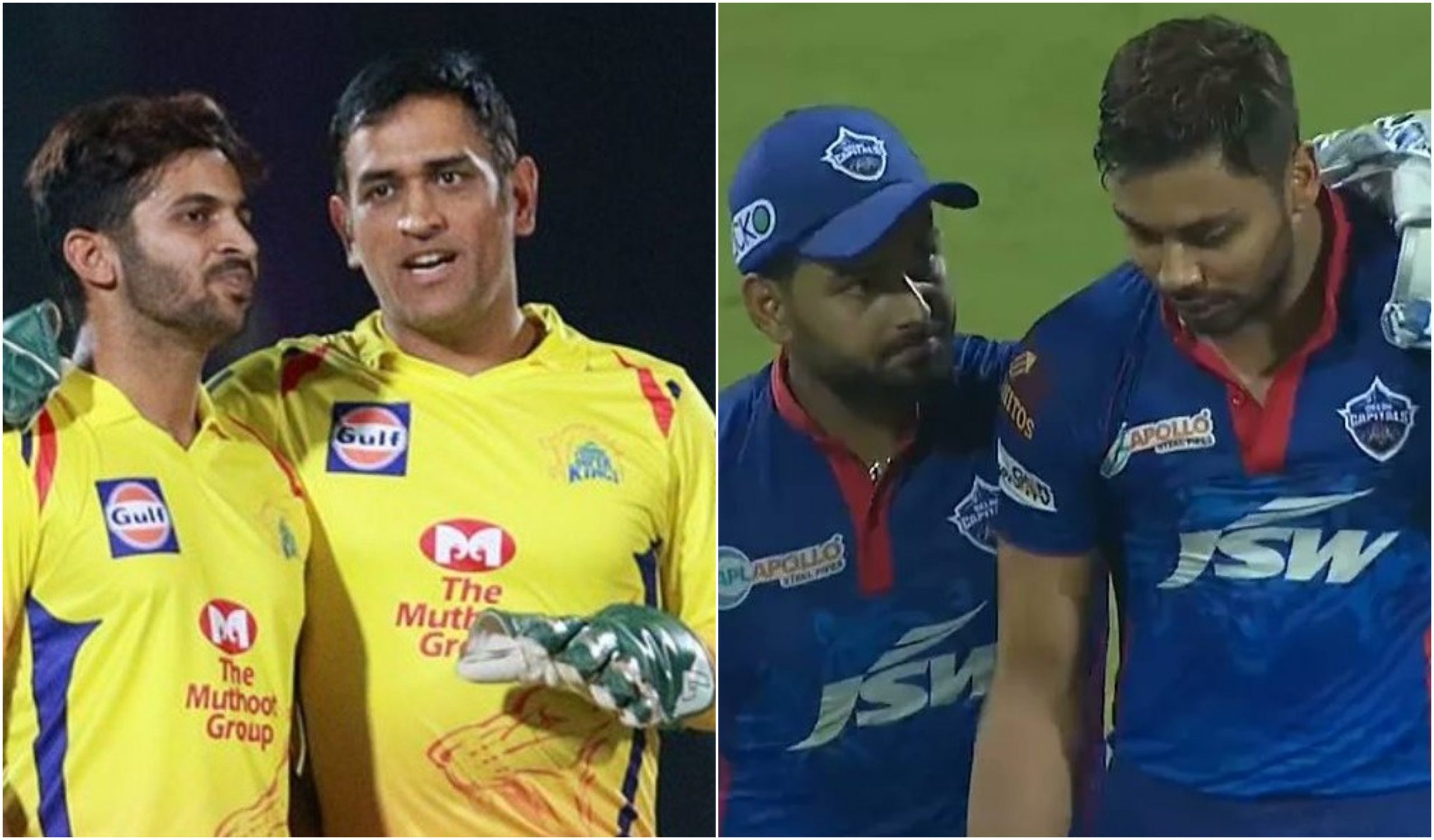 On the next ball Avesh Khan dismissed, David Miller and had his revenge, for the two sixes. This was Avesh Khan’s third wicket of the night as he finished his overs for 3 wickets and conceding 32 runs.

The maturity shown by Pant was from the book of Dhoni’s captaincy. Even Dhoni, when he saw that his bowler is getting beaten, he used to walk up to him and gave him a word of confidence.

Similar is the thing which was done, by Rishabh Pant today as he went, to his youngster bowler and patted on his back. And, the result was for all to see.