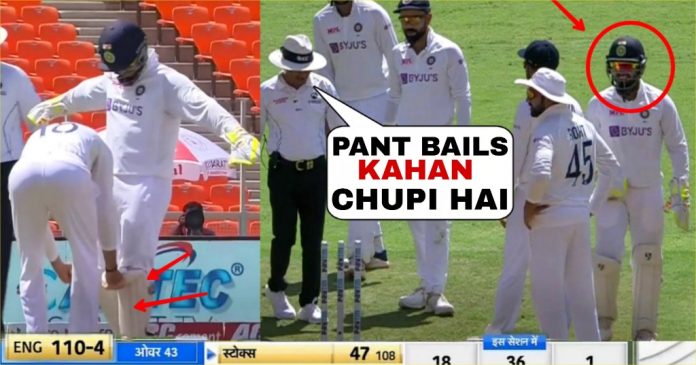 The popularity of Rishabh pant has been on the ascendancy since the Australian tour. Since the time he played the second test of the series down under, his performances have only gone north.

After hitting a match winning 89* at the Gabba which made Australia lose a test in Gabba for the first time in 32 years, Pant became an overnight star for India.

In the ongoing series vs England as well, Pant has played some good innings. The only short coming which he had was his ordinary keeping. However, that aspect of his game has also improved by leaps and bounds.

With his swash buckling batting and decent keeping, Pant has taken his stocks to a notch higher. Additionally, one more asset which Pant has in his kitty is his comical one liners. His one liners and sledging to his team mates and opposition batsmen alike are hilarious in nature to say the least.

Moreover, he keeps on doing such things on the field to entertain the fans and the spectators. His front flips and back flips for camera and his acrobatics like a professional gymnast keeps the fans amused like no other.

One such funny act by Pant came during the end of 42 overs. Sundar had just completed his over and the ends were getting changed, where Axar was getting ready to bowl. Pant true to his character, comically took off the bails and hid it inside his keeping pads!

After everyone had searched the bails for a minute, Pant quietly went to Rohit. There, he took the bails out of his pads and gave it to Rohit who was first surprised and then laughed alongside Pant. Rohit then gave the bails to Umpire and pointed towards Pant that it was he who hid the bails.

When the other players saw this, all of them laughed at such act by Pant. No wonder, due to acts like this only, Pant is not only a crowd favorite but camera favorite as well.