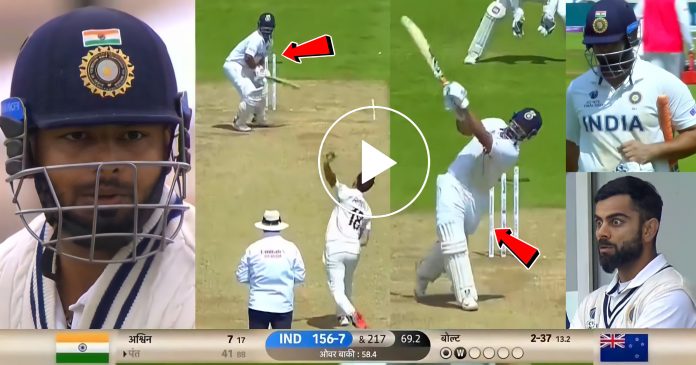 It has been a difficult day for India in the final of ICC World Test Championship. The Indian team is bundled out for a low score of 170 runs on the 6th and last day of the game. With a lead of just 138 runs, things look bleak for the Virat Kohli led Indian team. 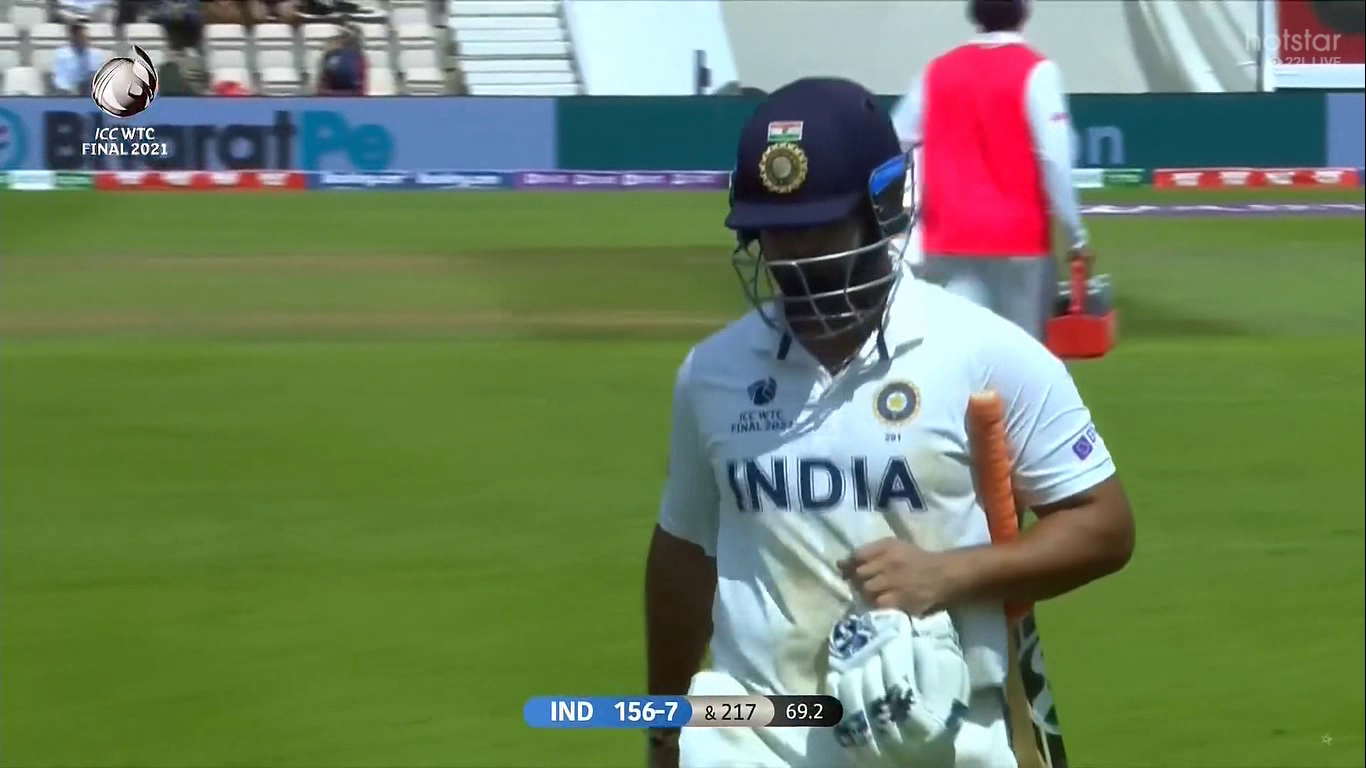 Starting the day at 64-2, one good session of batting by the Indian batsmen would have closed the game. However, it could not happen as it was a collapse by the Indian team.

The first wicket to fall was of Virat Kohli himself. He was dismissed by Kyle Jamieson for the second time in the match. A run later, Cheteshwar Pujara was also gone when he edged one to slips to Jamieson who picked his second wicket of the morning.

Ajinkya Rahane and Rishabh Pant then added 37 runs for the fifth wicket. They looked to have settled at the crease when Rahane gloved one down the leg side.

After that, the onus to take India to the shores of safety was on the pair of Ravindra Jadeja and Rishabh Pant. They were the last recognised pair for India as they took the task of bailing the team out of trouble.

But, the duo had only added 33 runs when Jadeja was dismissed. He played the wrong line to Neil Wagner as he became a victim of brilliant set up by the left arm pacer Wagner.

After bowling a couple of short deliveries, Wagner bowled a fuller length ball. Hence, Jadeja was caught unawares and pushed with his bat at wrong line. Consequently, the ball took the edge and wicket keeper BJ Watling took an easy catch.

The biggest wicket for India in their hopes of saving the match was Rishabh Pant. The left hander batted patiently for his 41. However, his aggressive nature caught up with him. Hence, Pant tried to blast a delivery but could only mistime it in the air. The fielder made no mistake in catching the ball and so, Pant was gone.

After he was dismissed, Pant could not believe at his choice of shot. He hung his head back in despair and admonished himself as he was the last hope for India to salvage a draw.