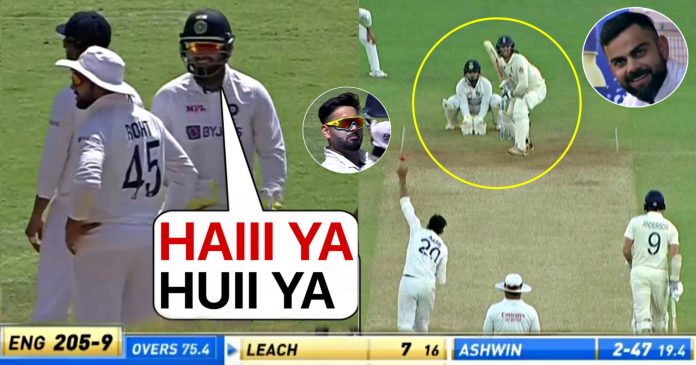 Rishabh Pant, the designated entertainer of Indian cricket team came up with yet another comical stuff during the course of first innings of England.

During the 24nd over of the innings, Stokes and Bairstow were batting. The score of England was 72-3.

As Patel bowled the first delivery of the over, Bairstow the batsman pushed it towards mid off and set for a quick single.

Pant in excitement thought that there is a chance to run them out. However, the batsman were too fast and they ran the single easily.

But, Pant in between let out an animated voice that was more of a cackle. It was so comical to hear that it left every one in splits.

Amongst all amusing things Pant has done, this was also one of the most funny act.