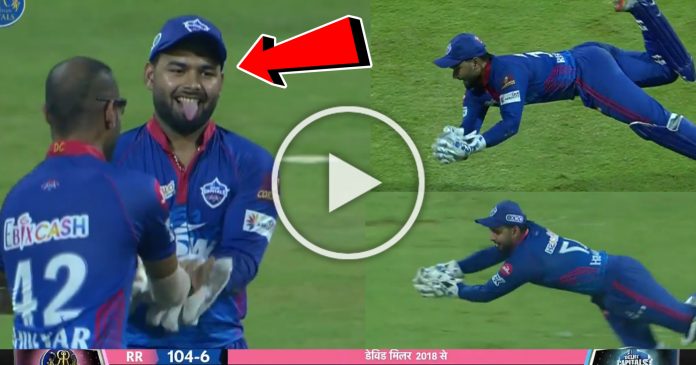 Rajasthan Royals while chasing a modest score of 147 runs have got off to a terrible start. Their openers Manan Vohra and Jos Buttler have been dismissed for single digit scores. Just like the openers of Delhi Capitals, the openers from Rajasthan Royals too could not stay for long at the wicketand were dismissed early. 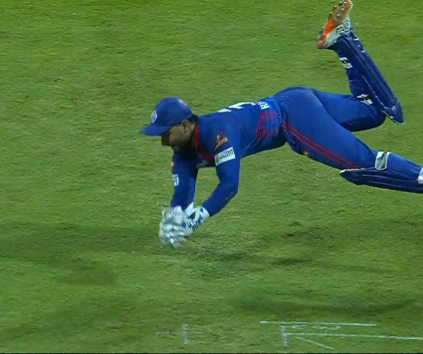 While Manan Vohra was Out due to a good ball, Jos Buttler fell victim to a brilliant catch by wicket keeper and captain of Delhi capitals Rishabh Pant. Just like earlier in the day, Sanju Samson had taken a sensational catch of Shikhar Dhawan, Rishabh pant too returned the favour by taking a brilliant catch himself of Jos Buttler when Chris woakes was bowling.

Chris Woakes, the English seamer was bowling the third over. On the fourth delivery he got the better of Manan Vohra. The batsman was out for the score of 9 runs. However, the bigger fish Jos Buttler was dismissed on the last ball of the over.

Buttler tried to come towards the offside by exposing his leg stump. He thought to cover the swing of the ball by coming far across the offside. But Woakes saw this and delivered a short and arising delivery into the body of Jos Buttler. By the time Buttler realised the length of the ball he was cramped for room.

He dived full length and took an absolute blinder of a catch. One of the reason why The wicket was so important because Jos Buttler is the most important batsman of Rajasthan Royals. Getting him Out early is like winning half the battle against Rajasthan Royals.

It was an exact replica of the catch which Sanju Samson took earlier in the day of Shikhar Dhawan. All the fielders and coach of Delhi Capital Ricky Ponting were overjoyed and so was Rishabh Pant. He was hugged and mobbed by his teammates at that fielding effort by him.

Watch the video of that incredible catch here: