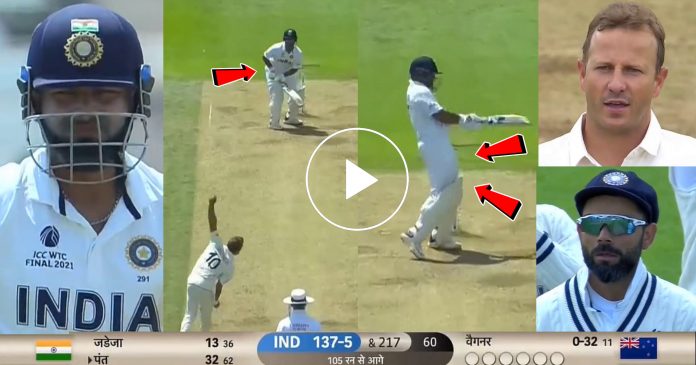 The Indian wicket keeper batsman Rishabh Pant is one of the most exciting cricketer in international arena. Known for his pyrotechnics with the  bat, Pant is a pure entertainment when it comes to batting. Be it a test match or a limited overs match, Pant keeps the opposition bowlers on their toes. 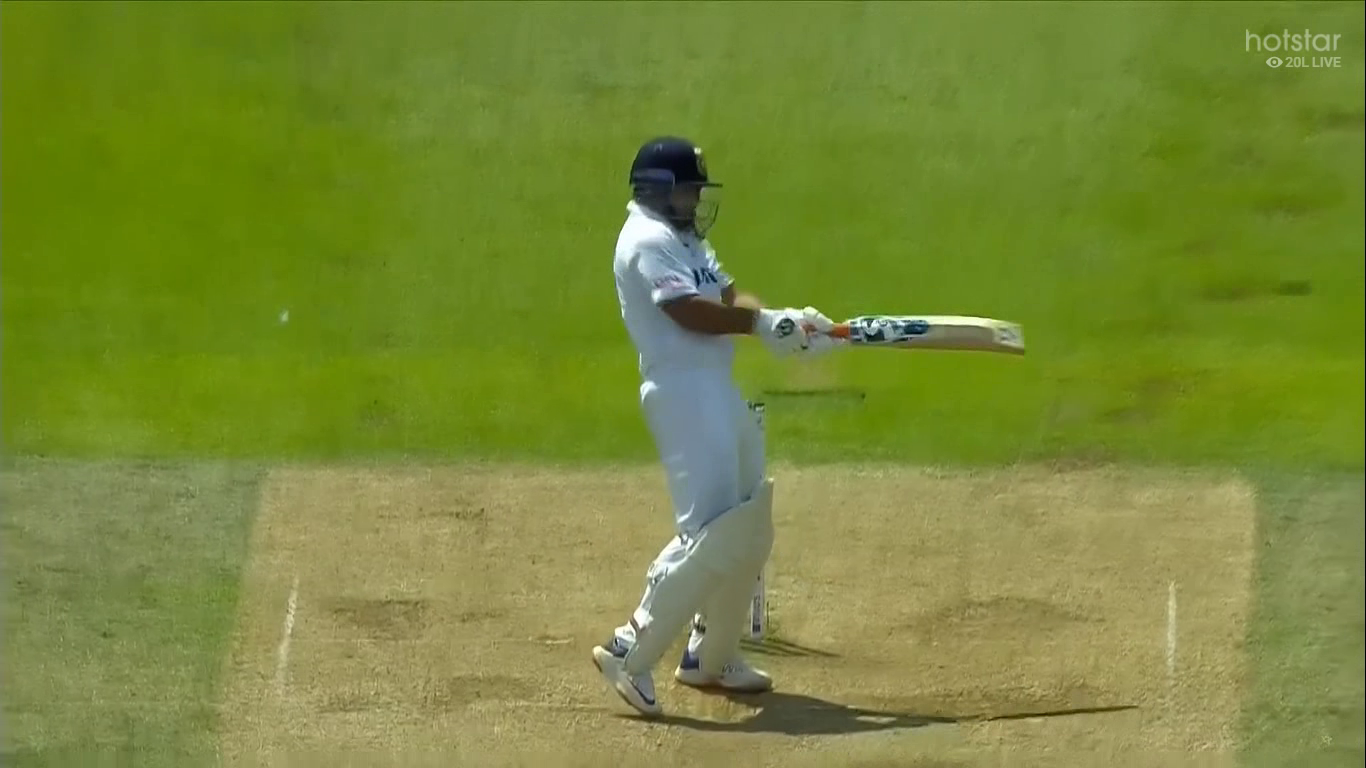 The same was yet again displayed in the Southampton test vs New Zealand. Amidst India in tatters on the sixth / reserve day of the inaugural ICC World Test Championship, Pant was waging a lone battle out there. It was a quality bowling effort by the New Zealand pacers as they tightened the screws on India.

Seeing that wickets are falling regularly around him, Pant decided to take the matter in his own hands. It was Neil Wagner who was bowling to Pant and Jadeja. The left armer was delivering bouncers after bouncers as he is known for.

After playing consecutive bouncers, Pant did the same for which he is known for. As soon as Wagner delivered the ball, Pant went down on his knee. Hence, he tried to reverse scoop the delivery but unfortunately for him, he mistimed it.

However, Pant still managed to put some bat on ball. Consequently, the ball dribbled along to third man as the duo ran a single. Fans were both excited and disappointed at the sight of it. They got excited because Pant had the audacity to play a reverse scoop to a fast bowler. Accordingly, they were disappointed because Pant had not really nailed his shot.

Rishabh Pant tries to play a T20 shot in Test

It is not the first time that Pant had played a shot like this. In the India vs England series at home, Pant had played a similar shot. That was against James Anderson who is one of the world’s best fast bowler. There, Pant had manged to hit the shot to perfection as he got a four for it.

The left hander batsman was dismissed soon after for a score of 41. It was the highest score for India in the second innings.