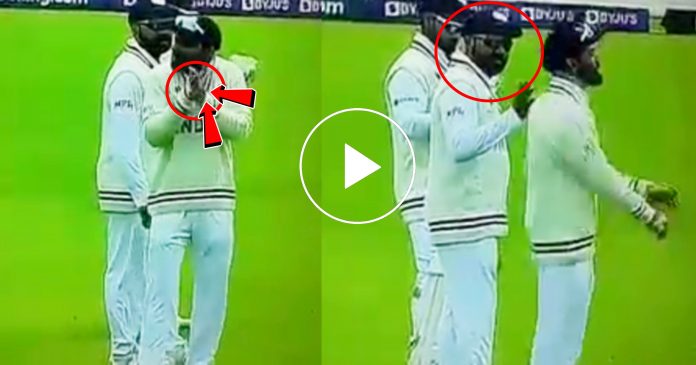 After much delay due to poor weather and consistent rain, the play has finally began at the Ageas Bowl in Southampton. It was yet again a delayed start for the test as overnight downpour meant the ground was wet. Moreover, it began to drizzle as soon as the fifth day’s play was about to begin. Hence, the start was pushed back to 11:30AM local time or 5PM IST. 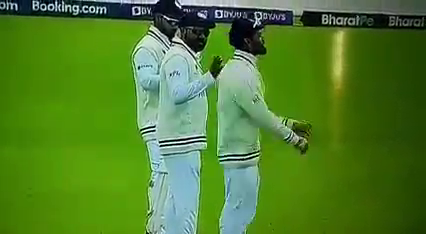 Yesterday, there was no any cricketing activity on the field. It was all thanks to persistent rain as the super soppers kept running on the ground to dry it. However, it was of no use as every time rain stopped and it looked that game might begin, the downpour would return with same intensity. Hence, the play had to be abandoned by after noon. Now just 2 full days of cricket remains for this test to produce a clear winner. If this game ends in a draw, both India and New Zealand would be declared as joint winners.

Earlier on day 3, India collapsed from a position of strength at 149-3 to 217 all out. It was a flurry of wickets as none of the Indian batsmen could cope with the seam and swing produced by New Zealand bowlers. The procession of wickets was started when captain Kohli fell at the score of 44. Ravindra Jadeja was the last man to be dismissed at individual score of 15 runs. For New Zealand, Kyle Jamieson took 5 wickets for 31 runs.

Funny moment between Rohit and Kohli!

At the end of day 3, the score of Kiwis was 101-2 and were trailing behind India by just 116 runs with 8 wickets in hand. Now they will look to increase the score and get some lead going into second innings.

Amidst all this, there was a funny moment happened when play began on fifth morning of the test. Virat Kohli and Rohit Sharma were standing in the slips alongside wicket keeper Rishabh Pant. Suddenly Kohli started to make funny faces and did a gesture with his mouth as he was biting something. Moreover, he rubbed his palms in a comical way that looked straight out a kid’s book.

Rohit Sharma was standing next to him and looked at him in amusement. Then he gestured with his hand as if to say what are you even doing? That clip quickly became viral on social media as fans started giving reactions on it.