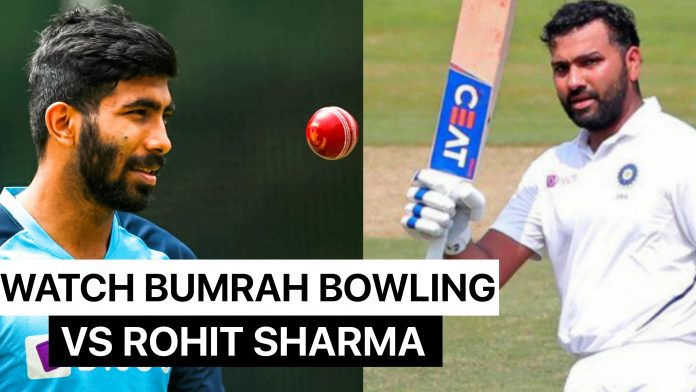 Indian cricketers Rohit Sharma, Jasprit Bumrah have hit nets ahead of third test at Sydney. The team flew to Sydney on Monday after undergoing covid tests.

There was lot of drama ahead of this test match. Team India were alleged to have broken covid protocols put in place by Cricket Australia. However, the team are practicing hard with less than 48 hours to third test match.

Despite all the media attention, Indian players were seen relatively relaxed. They have put in some hard yards in sessions today. One of the most interesting duels was watching Bumrah bowling to Rohit Sharma.

Bumrah is in sensational form in this series. He bowled brilliant lines and caused immense damage to Australian batsmen. Bumrah was the pick of the bowlers from both India and Australia in the first two tests.

Meanwhile, Rohit Sharma has just come into Team India after completing isolation. The stylish batsman missed both ODI and T20I series due to hamstring injury. He eventually completed his rehabilitation and passed fitness test at NCA.

Rohit’s selection is still subject to the discretion of Indian team management. However, all signs suggest he will walk into final XI for Sydney Test. Although, it will be interesting to see where the team are looking to play him.

Rohit Sharma has been a mainstay for India in limited overs formats. But in recent years, he has solidified his test place with some impressive knocks. He could bat as an opener or in the middle order.

India could for a straight swap with Mayank Agarwal as an opener. However, the team management could also promote Hanuma Vihari as an opener and slot Rohit Sharma at No.4 or No.5

On the other hand, the injury of Umesh Yadav meant more responsibility to Jasprit Bumrah. He will be the only experienced pace bowler in Indian bowling unit. Both Umesh Yadav and Mohammad Shami are set to miss the rest of the series.

Going into this match, both Rohit Sharma and Jasprit Bumrah looked into rhythm in practice sessions. Here is the video

India are going to face Australia in the third test at Sydney Cricket Ground from January 7.