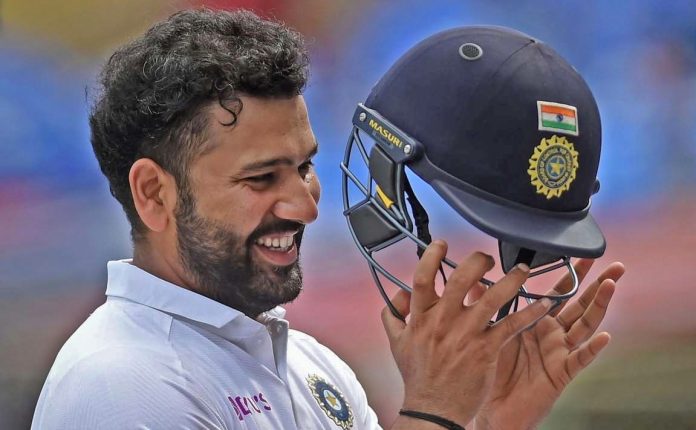 Star Indian opener Rohit Sharma has reached career high ratings with 759 points. Also, that takes him to 6th position in ICC test rankings in the list of batsman. In a miserable batting performance by India in the Final of World Test Championship, Rohit made 34 and 30. He got starts in both the innings but could not play a bigger and match defining knocks.

The stylish batsman from Mumbai rejuvenated his test career when he started to open for India since 2019 test series vs South Africa at home. He ransacked 1030 runs in just 17 innings as an opener at an outstanding average of 65. In the process, he became the quickest Indian to make 1000 or more runs as an opener.

Rohit debuted for India in tests in 2013 vs the West Indies. The right hander instantly made an impression by hitting a century. He did not stop there and went on to score another hundred in the next game. Two hundreds in his first two tests meant Rohit’s test career got off to flyer. However, he could not continue his brilliant form over the next few tests. Hence, he kept getting in and out of the team and made only sporadic appearances in tests till 2019.

Fortunately for Rohit and India, the team management decided to push him to open the batting. Already a match winner in limited overs as an opener, Rohit took to opening role in tests like duck to water.

In the first test as opener, Rohit pummeled 176 runs and celebrated his promotion as opener in some style. In the second innings, he again smashed a century and made 127 runs. That also included 7 gigantic sixes and a total of 13 sixes in the match.

Again in the third test, Rohit hammered a double century which was his first ever in the longest format of the game. His 212 runs in 255 balls with 6 sixes set India up for huge score as they batted South Africa out of the game. He was adjudged the man of the series award for his 529 run in 4 innings.

Earlier this year, Rohit again showed his immense talent as opener by hitting a well made 161 runs on a turning track against England. India were trailing 0-1 after a loss in the first test and needed a good score in the second test. Hence, Rohit’s century made sure India makes enough runs and seized the momentum from which they went on to win the match.

In 39 test matches, Rohit has a healthy average of 46.18 with 7 centuries. But as an opener, he averages an amazing 60.78 with 4 hundreds. Fans can expect few more match winning innings by Rohit in the upcoming test series of 5 matches.