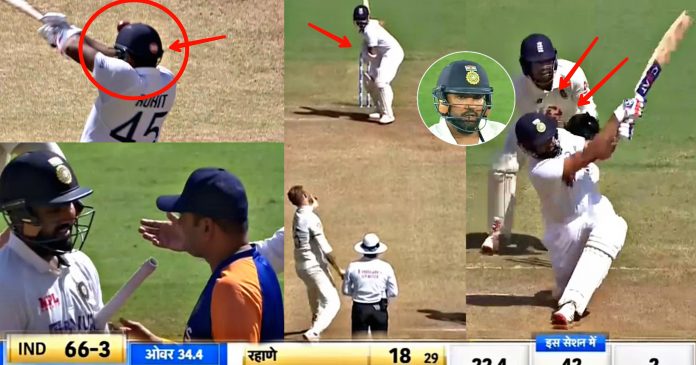 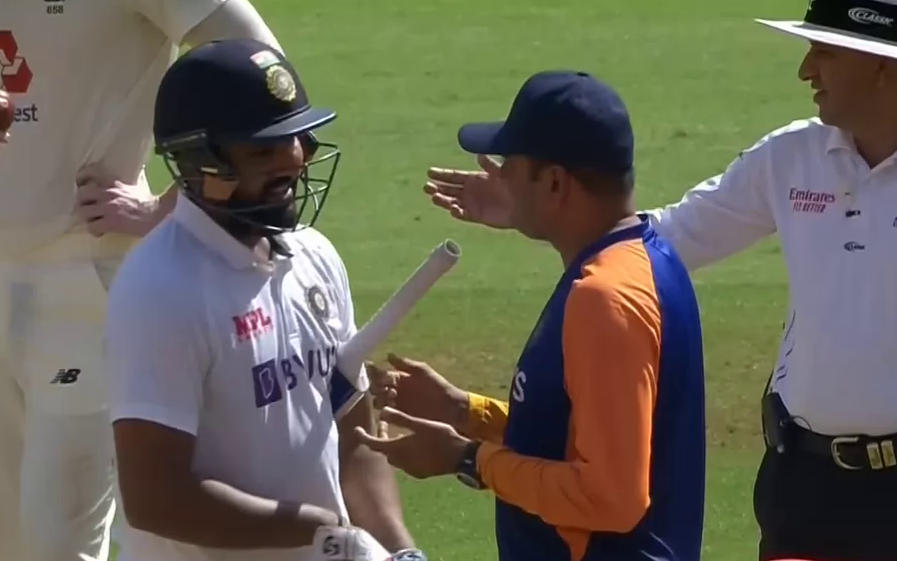 England won the toss and batted first. However, they could not capitalize while batting first and were all out for an ordinary score of 205. The spin duo of Ashwin and Axar were again the wrecker in chief of English batsmen. Again, they shared 7 wickets between them. Further, Mohammad Siraj picked 2 wickets while Sunder received a solitary wicket. For England, Ben Stokes was the highest scorer with a 55.

In reply to England’s score of 205, India started on a poor note. Shubhman Gill was out on a zero to James Anderson. India finished the day at 24-1

The quick wickets of Pujara and Kohli put India in a spot of bother at 41-3.

Rohit struck by a bouncer

However, the moment of the morning arrived when Stokes was bowling to Rohit. Bowling at 137-140kmph, Stokes was cranking it up. One such delivery, rose up from nowhere. Rohit got into a position to pull but was beaten by the pace and the ball hit him bang on helmet. Its impact was such strong that play had to be stopped briefly for some time. Equally important, a concussion test was done on Rohit to make sure he was alright.

Fortunately for India, Rohit passed the concussion test and carried on batting. Hence, even Stokes was concerned about it and asked Rohit if he was Ok?

However, Rohit was not going to take it lying down. In the next over, Rohit replied to the bouncer of Stokes by hitting two boundaries of the next 2 overs.

On a wicket that is not too bouncy, the delivery which rose up to hit Rohit on his helmet definitely lit-up the eyes of fast bowlers on both sides.