9Rohit Sharma is known for his, amazing and calm captaincy in the IPL. The opener from Mumbai, has won 5 IPL trophies for Mumbai Indians, under his captaincy. He successfully defended the IPL trophy last year, in Dubai. Also, whenever Rohit gets the chance of captaining the Indian team, under the absence of regular Indian captain, Virat Kohli in the limited overs, Rohit has done exceedingly well. 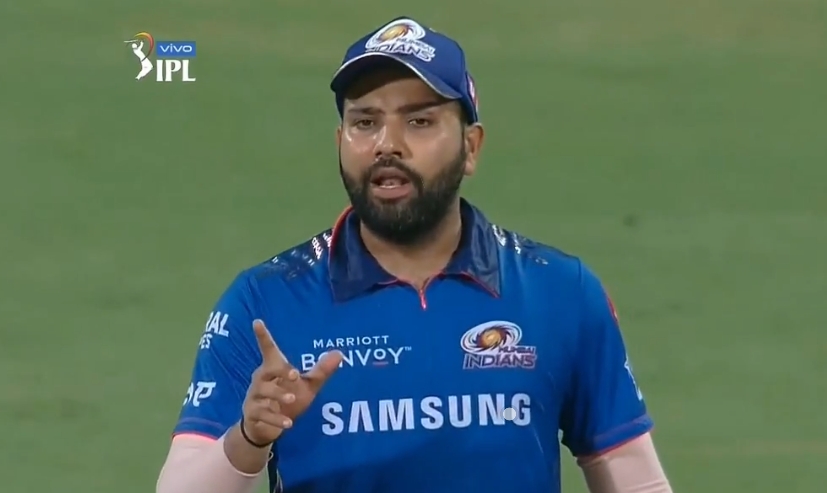 He has a win percentage of almost 80 in the small sample of matches he has captained for India. However, Virat Kohli being the regular captain, Rohit has not got the chance to captain, the Indian team for full time. A lot of fans still believe that in hindsight, Rohit is a better skipper than Virat Kohli. This is because, under pressure Virat Kohli becomes nervous, and loses his cool while, Rohit Sharma is exact opposite.

The more intense the game is, the more his captaincy becomes calm and cool, just like MS Dhoni. MS Dhoni, was also known as, Mr Cool captain, for the Indian team. One such moment of Rohit Sharma captaining like MS Dhoni, came in this match. Mumbai was defending a low total of 131 and they needed quick wickets.

However, they did not got the start they wanted, as the Punjab openers KL Rahul and Mayank Agarwal added 53 runs in just 44 deliveries, to set the platform for Punjab. Then, Chris Gayle and KL Rahul took the score forward. The match, was quickly slipping away from Mumbai Indians. But, the ball was still turning and so, Rohit Sharma brought the spinners on.

It was Jayant Yadav who was brought in, to counter the left arm batting of Chris Gayle. In the 15th over, Yadav was hit for a six, that went miles. Rohit was not discouraged and he said to Yadav, in Hindi ” achha ball hai ye, ye ball ghoom raha hai. Agar yah bada shot maarne ki koshish karega to ball upar hawa mein jaega. Aise hi karta rah”. In english that can be translated as ” This is good bowling. The ball is turning and if he tries to hit big, the ball will go in the air. Keep bowling like this”

Jayant Yadav bowled exactly, as Rohit wanted and so, got four successive dots to Gayle. he also, beat him thrice in those 4 deliveries, but unfortunately for his team, he could not get a wicket.

Watch the video of Sharma, here: