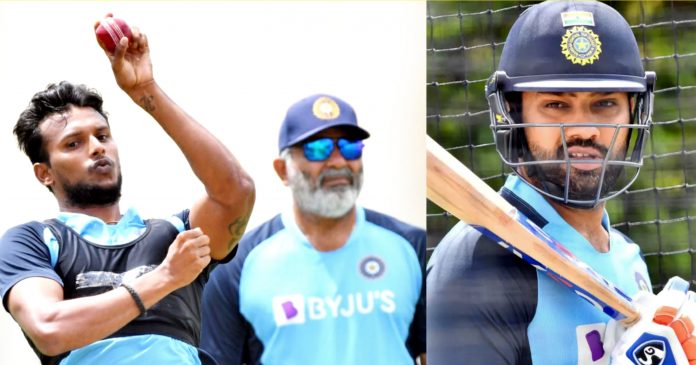 Team India are gearing up for third test as they hit nets in SCG on Wednesday. The team are high on confidence after winning the Boxing Day test in Melbourne.

Rohit Sharma is back in the team and is looking quite good in the practice session. The stylish batsman has been drafted into final XI for the test. He was solid in defense and was looking good while facing balls in the nets.

The return of Rohit Sharma will go good for Indian batting lineup at the top of the order. One of the main weaknesses for India in the first two tests was India’s ability to negotiate the new ball.

India will look to move ahead in the series after some terrific performances in the last match. Add to the fact, Sydney is traditionally more sub continental than any other pitches on Australia.

So this plays into India’s strengths going into the match. However, the loss at Melbourne hit the hosts very badly. They were completely outplayed on every single day as they suffered an embarrassing loss.

Navdeep Saini is also inline to make his debut at SCG tomorrow. The young pacer will be the second fast bowler to make debut for India in this series. Untimely injuries to Mohammad Shami and Umesh Yadav have made Indian pace bowling unit weak.

But Mohammad Siraj needs to continue his impressive bowling on Sydney if India wants to have an advantage. The team are poised to make a mark and win the test series again. This will help them retain the coveted series again.

India are  set to face Australia on January 7th 5:00 AM IST at Sydney Cricket Ground. Meanwhile, Australia’s Claire Polosak is set to become the first female match official in a men’s Test match. She will be the fourth umpire during the Sydney test.

Watch: Gavaskar gets angry on WTC Final, see what he said

Watch : India vs Sri Lanka when and where to start. Timings and broadcast