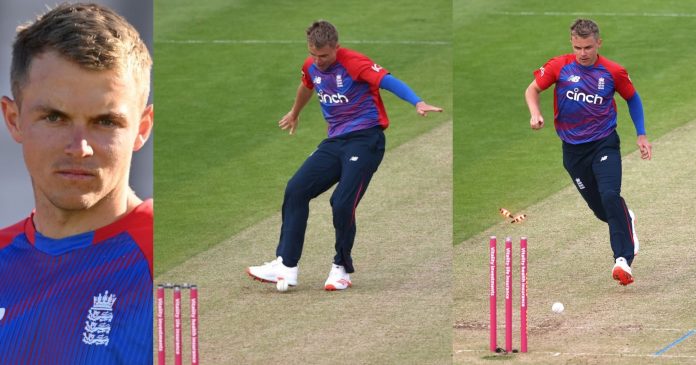 The talented English cricketer Sam Curran needs no introduction. The 23 year old all rounder from Northampton is one of the most exciting players going around in international circuit. A left hander, Curran is a genuine allrounder who can turn the match on its head with both bat or ball. 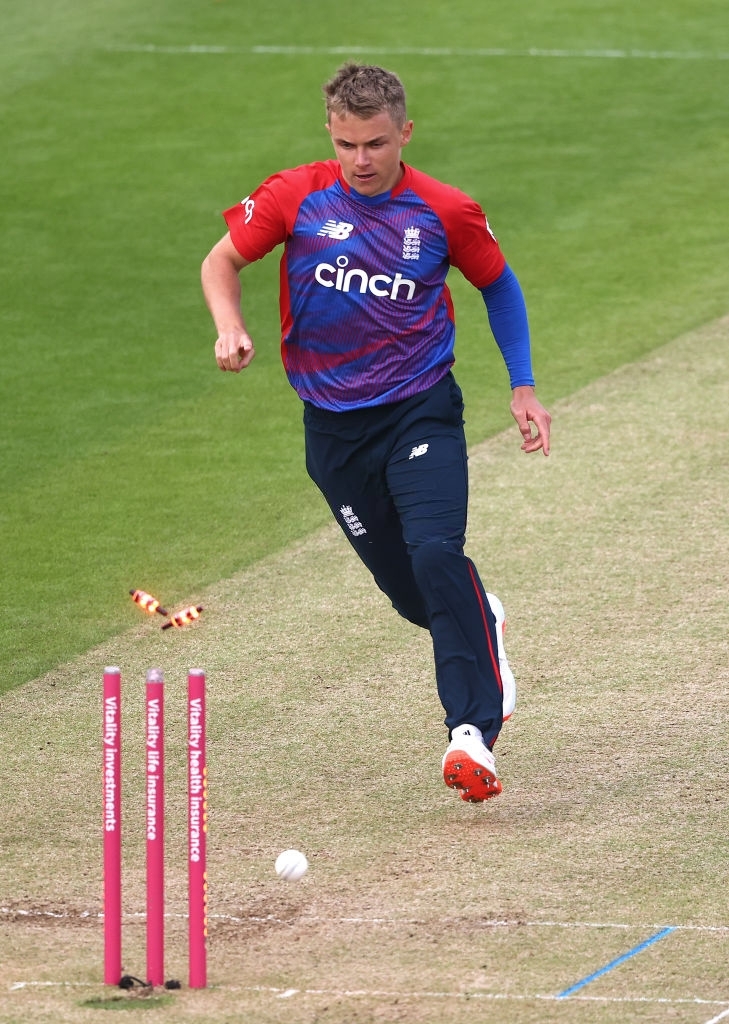 Precisely a swing bowler, Curran can bowl at death too with his deceptive slower deliveries. Also, his batting comes in handy as he can be quite a destructive batsman at number 7 or 8 with his lusty blows. No wonder he is one of the go to man for Mahendra Singh Dhoni in IPL as he too plays for Chennai Super Kings in the tournament. Accordingly, he was one of the standout players for them in the 2021 edition until it was postponed due to pandemic.

In the recently concluded T20 series between Sri Lanka and England, Curran did something that was both brilliant and funny at the same time. In the second T20, the tourists won the toss and elected to bat first. During the second over of the match, Curran was bowling to the opening duo of Avishka Fernando and Danushka Gunathilaka.

On the third ball of the over, the left armer bowled a length delivery to Fernando at his pads. The batsman tried to flick it away but missed as the ball hit his pads. Hence, the duo decided to run a leg bye, underestimating Curran’s fielding. Consequently, both Curran and non striker batsman Gunathilaka ran towards the strikers end.

Sam Curran does it in Football way!

The English seamer realized that it would take time to pick the ball up and then target the stumps. Hence, he came with with a better plan. Curran just ran and then as soon as he came he near the ball, he managed to kick the ball onto the stumps. Such excellent was the kick that the batsman was run out, despite diving into the crease.

No wonder he was all thrilled and pumped up after the dismissal. He celebrated the wicket by jumping and hopping in ecstasy. Later on, Curran shared the video of the dismissal on his twitter account. Moreover, in a playful way he tagged the big stars of the England Football team and asked them – ” Any space in the squad for next Tuesday?”

The football players he tagged were Harry Kane, Raheem Sterling and Gary Neville. Considering England football team is playing the prestigious Euro – 2020 tournament, it was a funny tweet by Curran.

In the match, England defeated Sri Lanka by 5 wickets. Sri Lanka managed just 111-7 in their allotted 20 overs. Due to poor weather, Duckworth Lewis system was applied and the English target was reduced to 103 in 18 overs. Consequently, it was easily chased by the home team with a loss of 5 wickets in 16.1 overs.

Watch the video of the moment here :