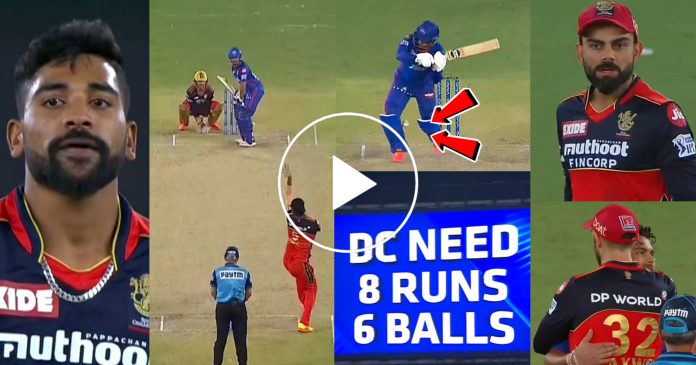 Mohmmad Siraj has been brilliant in this edition of IPL. He has got wickets upfront and has bowled economically in the middle overs. At the death, his Yorkers have been hard to hit. Once again, in today’s match, Siraj showed that he too can bowl amazing Yorkers at the death. RCB needed to defend 14 runs in the final over and Siraj came forward to defend the runs. 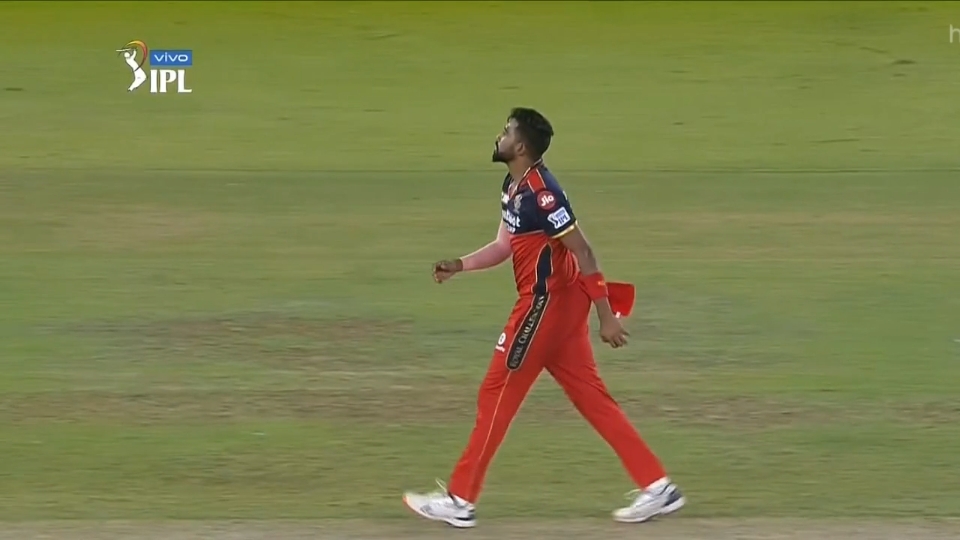 Pant was on strike on the first ball of the over. Siraj ran in and delivered a low full toss while trying to bowl a Yorker. Pant failed in connecting the ball properly and the ball went only as far as deep square leg for a single.

The second ball was a terrific leg stump Yorker by Siraj. Hetmyer could only take a single as he almost lost his balance, but ran somehow for a single.

Third ball of the over was another brilliant Yorker from Siraj. Rishabh Pant could only pat it back towards the bowler. This was the best Yorker of the lot.

Fourth delivery of the over was a full ball at leg stump. The batsman hit it towards deep mid wicket for a double as Pant retained the strike.

The fifth ball of the over was an ordinary delivery. It was a full toss from Siraj and Pant smashed the ball for a four through point region. He hit it so powerfully that he almost fell on the crease.

It was much needed four for Delhi.

Now, on the last ball of the over, a six was required to win the game . Siraj ran in and bowled a low full toss outside off. Pant was ready for it and carved the delivery through off side for a four. A boundary had come, but Delhi required a six. Hence, Siraj had successfully defended the target and was cock a hoop.

Captain Virat Kohli and AB De Villiers congratulated him for such terrific bowling under pressure. Once again, he had delivered under pressure and won the game for his team.

Watch the sensational last over by Mohammad Siraj:

Watch : 12 overseas players who would miss the second part of the IPL...