Indian women and England women are playing a one off test at Bristol in England. After winning toss, the English team decided to bat first. The top 4 of England women team played good knocks led by their captain Heather Knight. She made 95 runs while opener Beaumont scored 66 runs. The number 6 Sophia Dunkley chipped in with 74* but the icing on cake was a cameo of 47 runs in 33 balls by number 10 batswoman Anya Shrubsole. 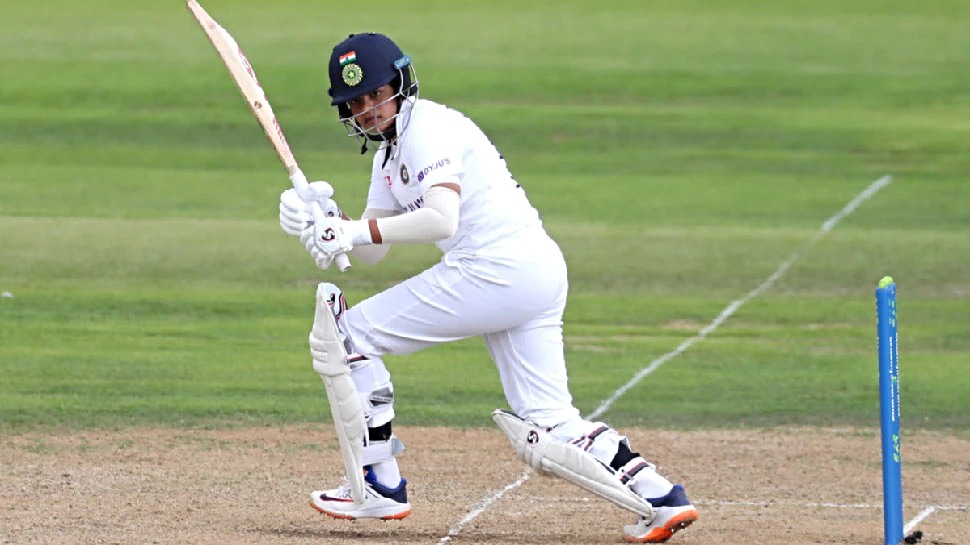 In the end, England declared at the score of 396-9 in 121 overs. For India, Sneh Rana was the most successful bowler as she picked up 4 wickets and was ably supported by Deepti Sharma. The latter is a right arm off break and took 3 wickets to her name.

The Indian reply of England’s innings was nothing short of spectacular. The openers for India were Smriti Mandhana and 17 year old debutant named Shefali Verma. Together, the duo added a record 167 runs for the first wicket. Such was their dominance that none of the English bowlers survived their onslaught. The 17 year old from Haryana, Shefali Verma was specially dominant from the start. She took the attack to the opposition and completed her 50 in 83 balls.

Her partner Smriti Mandhana was calmer in comparison as she took 93 balls to hit a half century. The duo knocked 100 runs in 28.2 overs and put India in a commanding position. However, just when it appeared that Indian team would finish the day in a total dominant stage, they lost the plot.

The first wicket to go down was of Shefali Verma. She had scored 96 and looked all set to hit a 100 on debut test but was dismissed by Kate Cross. Smriti Mandhan soon followed her and was the next one to go back to pavilion. The left hander made 78 and her wicket was taken by Nat Sciver.

It was a flurry of wickets after that as next 3 wickets fell within no time. Punam Raut made 2 runs while Shikha Pandey was out for a duck. Captain Mithali Raj also disappointed as she could make just a brace. Hence, a score of 167-0 quickly became 183-5.

Harmanpreet Kaur and all rounder Deepti Sharma held their own till the end of day’s play without any further casualty. At the stumps, India had managed 187-5 in 60 overs. They require 60 more runs to avoid the follow on.