After winning the toss India decided to bat first. Dhawan said that it is a dry wicket so he would bat first and batting in second innings would be difficult. Both teams have gone with a lot of changes.

Shikhar Dhawan was the first to be dismissed. He made 13 runs including 3 fours in 11 balls. He was gone when trying to play an off drive. 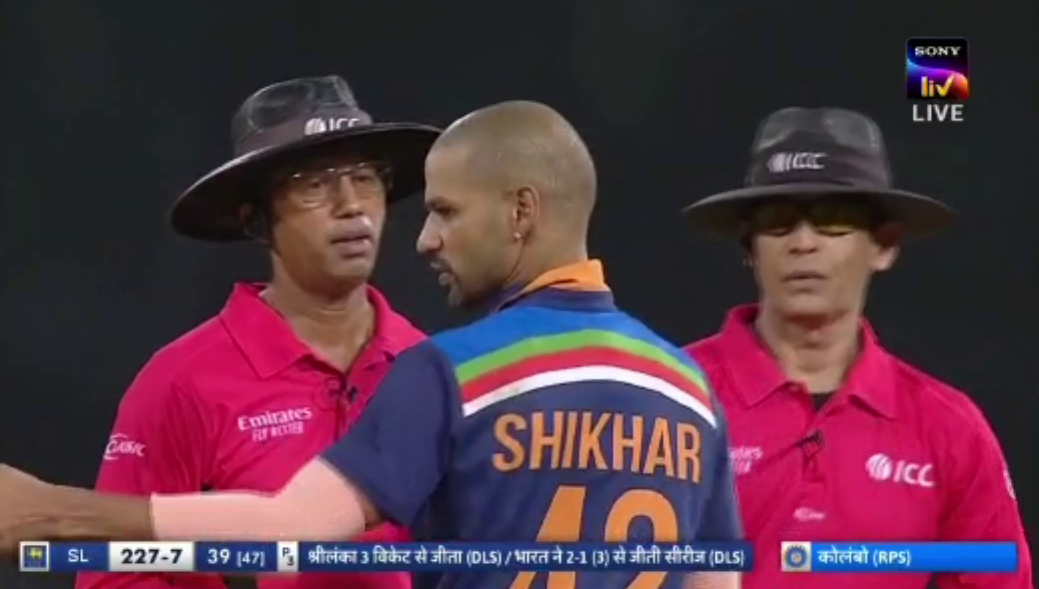 He was dismissed by Shanaka. The batsman tried to flick it away fine but missed and was caught in front of the wicket. He missed his half century by just 1 run.

Batting first India made 225 runs and were all out in 43.1 overs. In reply Sri Lanka got off to a breezy start. The openers added 35 runs for the first wicket.

The first Sri Lankan wicket was taken by debutant Krishnappa Gowtham. He started terribly by bowling a leg side wide which went for 5 runs. However he compensated it by getting a wicket. In the 6th over he bowled short of a length which Bhanuka wanted to sweep over leg side. Hence he could only give a catch to the fielder at short mid wicket.

In the end Sri Lanka chased the target by losing 7 wickets and 7 overs remaining. However there was one moment when Dhawan got angry. In the final moments of the match when it was getting tensed out there, the umpire gave a no ball when it wasn’t conclusive enough. Hence Dhawan lost his cool and argued badly with the umpire. It became quite dramatic out when Dhawan reacted angrily over same matter when the match ended.