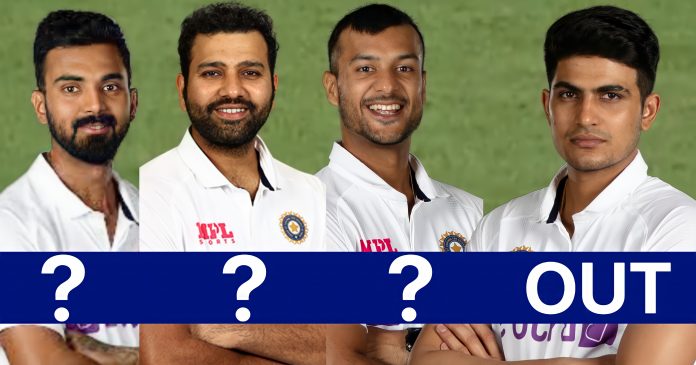 In a major set back for India, talented youngster Shubhman Gill has injured his calf before the test series. The BCCI medical team has assumed that it would take Gill around 8 weeks to recover from the injury. This means that he is most likely to miss the entire test series vs England. Moreover, he was considered as the other half of opening partner for Rohit Sharma in the upcoming series. Hence, this injury puts the plan of Indian team in jeopardy.

Gill who is 21 years of age, made his test debut in India’s tour of Australia last year. Immediately he impressed everyone with his twin scores of 45 and 35*. Both the innings were a display of compactness and solidity with grace. Moreover, he finished the tour by making a brilliant 91 runs which set India up for a historic run chase of 329.

However, Gill had a quite series vs England at home earlier this year. Moreover, he could not make runs in the Final of the World Test Championship also with scores of 28 and 8.

Now with him getting injured, there are chances for other players who have gone with the Indian team to take his opening spot. The openers who could take his place are Mayank Agarwal and KL Rahul. If Rahul is not sent to open then Abhimanyu Easwaran can open the innings for India.

Mayank Agarwal made his debut in India’s 2018 tour of Australia. He played with amazing confidence and made twin scores of 76 and 42. That settled his place in the team. He carried his form for the entire tour and as then unstoppable when South Africa toured India. However, his form tapered off and he was dropped from the team. Still, the right hander got his chance in Australia earlier this year. This was in the 4th test when many Indian players were injured.

With him being in the team, its tough that India will look for other faces as openrer to partner Rohit.

KL Rahul – The right hander from Karnataka has not played a test for close to 2 years now. Moreover, his poor performances in his last test series led him to get axed from the team. His chances to open in England looks bleak.

Abhimanyu Easwaran – A 25 year old opener from Bengal, he averages 44 from 64 games and has performed well on India’s A tour of England and Australia. However he is amongst the reserve set of players and is likely to get a chance only when one of the openers from Rohit or Agarwal gets injured.